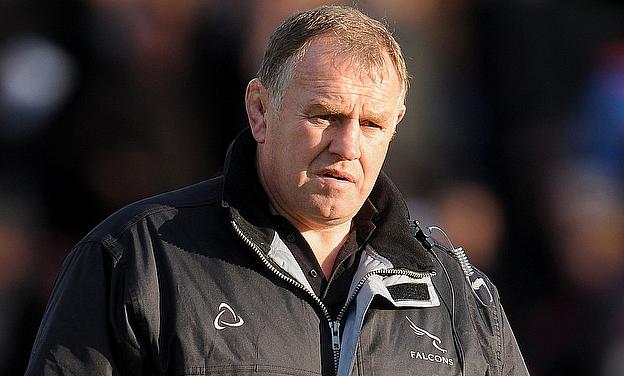 Newcastle director of rugby Dean Richards is thrilled to see his side finishing off their chances as the Falcons continued their rich vein of scoring with a 39-19 LV= Cup victory over Sale at Kingston Park.

Newcastle have not found tries hard to come by in recent weeks and they scored four in the first half alone on Sunday to blow Sale away and wrap up a bonus point.

They added a fifth after the break when winger Lee Smith bagged his second of the match, while Sale scored their only try late in the game after Falcons skipper Andy Saull was sin-binned.

A delighted Richards said: "That's the fifth game on the trot where we have scored a try bonus point.

"At the start of the season we were missing tries and finding it really frustrating as we chased a bonus point and all of a sudden it's clicked in and we're starting to get what we're after.

"We are playing a really good brand of rugby at the moment and it's very pleasing. We still gave away a few silly penalties early on. However, at half-time we talked about it and the players sorted it out very much themselves."

Although it was Smith, Alex Rogers, Uili Kolo'ofai and John Furno who got the tries, it was veteran lock Scott MacLeod who stood out for Richards.

The Newcastle boss said: "The beauty for me at the moment is that any side I put out is going to be competitive and we'll always try and give players as many opportunities as possible.

"Scotty MacLeod was man of the match today and it's his first game for some time and his line-out work was exceptional and was instrumental in our scores.

"We have some experienced campaigners and some good youngsters coming through. The competition for places is right up there and the likes of MacLeod is putting pressure on all the other guys."

Saull was one of four players to be shown a yellow card by referee Rhys Thomas in the match.

Sale came off far worse in that respect with both half-backs Nathan Fowles and Joe Ford and lock George Nott getting 10 minutes on the sidelines for what seemed mainly technical infringements, with the Sharks down to 13 men at one stage.

Richards said: " The referee has just spent two years on the sevens circuit so we know he does show yellow cards so you have to be squeaky clean.

"I think you have to stay on the right side of him or he will ping you. To be fair he was consistent and that's all you can ask for."

Despite the win, Newcastle are only third in Pool Three of the LV= Cup and Richards admits his sights are set mainly on other targets.

Much the same applies to Sale, whose chances of LV qualification would seem to have gone and director of rugby Steve Diamond said: "We have five big weeks coming up and we have to make the best of it we can."

Diamond, who handed debuts to Nott, Ciaran Parker and New Zealander TJ Ioane in a much-changed team, added of Sunday's match: "I thought one of the sin-binnings the referee hand us was justified but three was a bit harsh but well done to Newcastle, they played well."