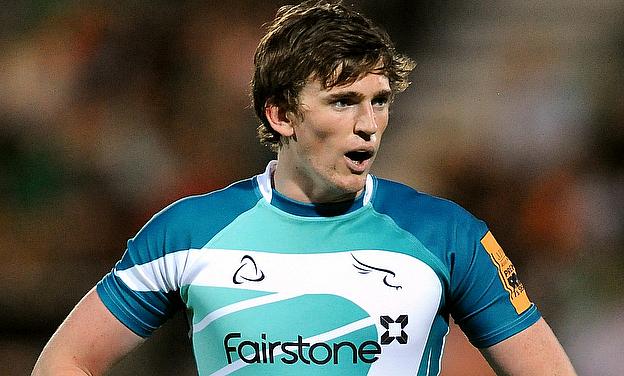 Newcastle maintained their 100 per cent start to their European Challenge Cup campaign with a 30-23 victory against Stade Francais on Friday.

Wins over Newport Gwent Dragons and Bucuresti meant Newcastle topped Pool Three ahead of Friday night's encounter at Kingston Park, and the Falcons ran in four tries on their way to a bonus-point triumph over the French side, who are flying high in third in the Top 14 standings.

Tries from Chris Harris and Simon Hammersley helped Newcastle to a 14-9 lead at the break, with South Africa fly-half Morne Steyn slotting a trio of penalties to keep Stade Francais in the game.

The Parisians took a 16-14 lead two minutes into the second half when Julien Tomas crossed for their first try, but Newcastle retook the lead five minutes later when Tom Catterick kicked a penalty.

The Falcons surged into a 22-16 lead when Sean Robinson crashed over with half an hour to play, but Stade led by one point when Krisnan Inu's 61st-minute try was converted by Steyn.

Catterick again kicked Newcastle into the lead with his second penalty of the match with 13 minutes to play, before Noah Cato sealed the victory and a bonus point for good measure with Newcastle's fourth try in the 70th minute.

The win means Newcastle currently enjoy an eight-point lead over Newport and are in a strong position to secure progression to the quarter-finals of the competition as group winners.

In Pool One, Grenoble ran in nine tries as they walloped Rovigo 68-10 to secure their first points of the competition and move above the Italian side into third in the standings.

Scrum-half James Hart added 14 points from the kicking tee, and fly-half Jordan Michalet chipped in with a couple of conversions for good measure.

Oyonnax won an all-French encounter against Brive 30-23 to climb to second behind Gloucester in Pool Five.

Fabien Cibray, Arthur Aziza and Dug Codjo scored tries for Oyonnax, while Aziza added seven more points from the tee and Riaan Smit weighed in with a conversion and two penalties.

Brive secured a losing bonus point courtesy of tries from Louis Acosta, Poutasi Luafutu and Tjiuee Uanivi, and seven points from the boot of Romain Sola.