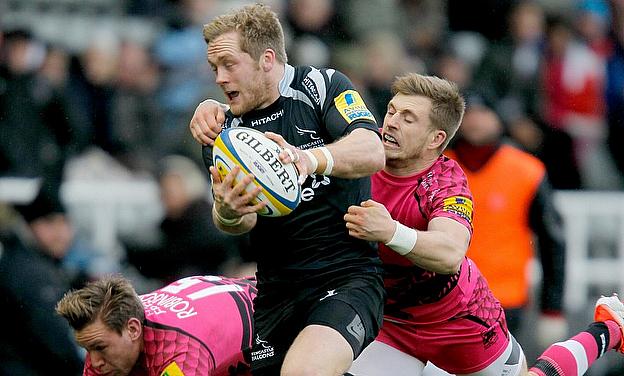 Alex Tait has extended his stay at Kingston Park
©PA

Newcastle were hit by Kieran Brookes' decision to leave the club for Northampton this summer, just two years after returning from a stint with Leicester.

Rugby director Dean Richards admitted he was pleased to be retaining the majority of the club's local stars, in spite of Brookes' impending exit.

"Alex is another of our talented local contingent and as such it is good that he has chosen to remain with us here at Newcastle and will remain part of what we are looking to build here," said Richards.

"He has been part of the club since graduating from the academy, has become an integral part of the squad and improves year on year and I am looking forward to seeing that continue."

Newcastle continue to rebuild after their 2012 Premiership relegation, having won promotion back to the top flight at the first time of asking.

The Tyneside club are now in their second season back in the Premiership, with Richards continuing to rebuild squad foundations.

Tait admitted it was a straightforward decision to sign another deal with his home club.

Tait said: "It's good to have agreed to stay at Kingston Park for at least two more seasons.

"It has been my club for my whole professional career and being from the area, it is great I am going to be able to continue to pull on that shirt and represent the area.

"I am enjoying my rugby and the club has really started to show signs of how it is developing and I think that the next few years, are going to be really exciting times to be involved."