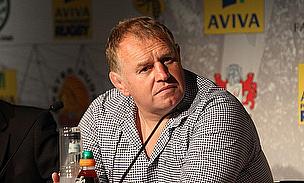 Can Director of Rugby Dean Richards mastermind a rise up the table for Newcastle?
©Press Association

The 2013/14 Aviva Premiership season was always going to be one of consolidation for Newcastle, and although their safety wasn’t guaranteed until the penultimate round of fixtures, the retention of their Premiership status has to be seen as a successful campaign.

That said, the Falcons finished the season with three wins and just 281 points scored, the lowest in the league by a significant margin.

Newcastle flashed their potential at times, but Dean Richards went into this offseason knowing he had significant work to do if his side were to avoid the drop for a second successive year. Fortunately for Falcons fans, it looks as if he has delivered. Not only have Newcastle retained a number of key assets, unlike their northern rivals Sale, but they’ve also added quality, depth and experience to their squad.

The signing of Alesana Tuilagi has drawn a lot of attention from both media and fans alike, but it’s important to remember that the winger is now 33 years old, and though a savvy piece of business by Richards, is unlikely to shape the fortunes of the Falcons’ season like he once did for Leicester.

Fellow Samoan Thompson is another signing that should be readily applauded, having acquitted himself well in both Super Rugby and the Top 14 previously, whilst his ability to play in both the second and back rows will add some welcome versatility for Richards.

The clear front-runner however is Furno. Like Thompson, Furno can also play in both the second and back rows, but unlike the 32-year old Samoan, Furno is just 24 years of age and rapidly developing into one of the most under-appreciated players in the northern hemisphere.

Furno joins Newcastle from Biarritz, where he was of the few saving graces in a disastrous season for the French club that ultimately saw them relegated to Pro D2. The Australian-born forward was also arguably the player of the tournament for Italy in the 2014 Six Nations, and if he can display that kind of form for Newcastle, he will go a long way to helping the Falcons enjoy a prolonged stay in the Premiership.

Scoring tries was an issue for Newcastle last season, but if Kibirige continues his development at the rate he showed last season, that issue could soon be rectified.

The England U20 winger set alight the 2014 U20 Six Nations with some scintillating performances, and although a broken leg in his Falcons’ debut curtailed both his domestic and international seasons, he showed enough promise prior to that to excite the Newcastle (and England) faithful.

The injury will likely keep him out until October, but the prospect of him lining up alongside Alesana Tuilagi on the wings this season for Newcastle, should be enough to warm even the coldest afternoon at Kingston Park.

An honourable mention should also go to highly-touted tighthead prop Scott Wilson, who could feature heavily for the Falcons this season, especially if Kieran Brookes is required by England during Dan Cole’s recovery from injury.

Best Case Scenario: Newcastle’s new signings gel quickly and they make a fast start to the 2014/15 Premiership season. The Falcons’ first five home games in the Aviva see them face London Irish, Northampton, Exeter, Gloucester and Sale, and Richards will be aiming for three wins from the games, which would see them equal their number of wins from the entire 2013/14 season by November.

The new-look Falcons remove themselves early from the rigours of a relegation battle, settling into a comfortable mid-table position, whilst their ever-improving and unheralded depth helps them make some noise in the LV= and European Challenge Cups.

Worst Case Scenario: ‘Second season syndrome’ strikes and the Falcons regress. London Welsh show more resiliency than Worcester did last season, whilst other teams slated to be in the relegation mix impress early on, leaving Newcastle rooted at the bottom of the table and struggling to make up the ground.

Though depth has been improved in many areas, the Falcons are still light at fly-half and injuries at the position could potentially derail their season before it even really begins.

Prediction: As mentioned before, the signings Richards has made all look very savvy and in my mind the Falcons are a much better team than they were last season.

I still expect Newcastle to be considered amongst the relegation battlers, but they should pick up more wins, tries and points than they did last season. A 10th placed finish feels about right for the Falcons.