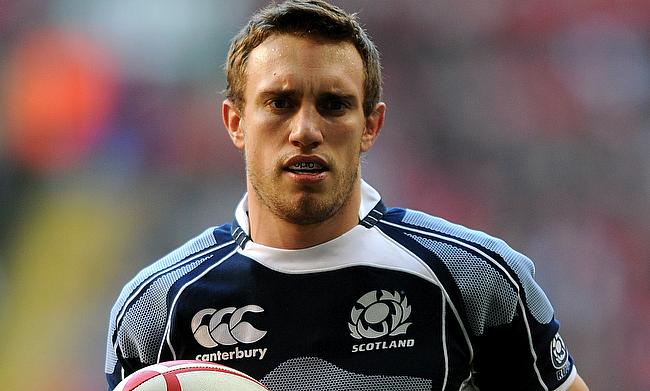 Edinburgh have confirmed the appointment of former Scotland international Mike Blair as the new head coach ahead of the 2021/22 season.

A product of Edinburgh Academy, he went on to make over 150 appearances for the club between 2002 and 2012 and went on to feature for Brive, Newcastle Falcons and Glasgow Warriors before ending his playing career in 2016.

The 40-year-old started his coaching career with Ponteland and was also the assistant coach of Glasgow Warriors between 2016 and 2019. He will now join Edinburgh after a five-year stint with Scotland where he worked assistant to head coach Gregor Townsend.

"The first emotion is one of pride. I've lived in Edinburgh most of my life, played 11 seasons at the club and still live in the city, so having that attachment combine with the opportunity to lead the squad is really special for me," he told the club's official website.

"I've learned a lot from working with quality coaches like Dave Rennie, Jason O'Halloran and Gregor Townsend in particular and have been able to develop and adapt a philosophy that I feel should benefit the talent we have at the club.

"It's a really exciting squad. There's a good balance of experience and backgrounds and I'm looking forward to getting to know the players and their strengths better so we can mould that into making Edinburgh both good to watch and successful.

"It's also a really good time to come in with all the excitement around the launch of the new stadium this summer.

"It's a massive, watershed moment for the club. We all want to get that packed out with supporters from the outset and build an atmosphere the players deserve and the fans can be proud of."