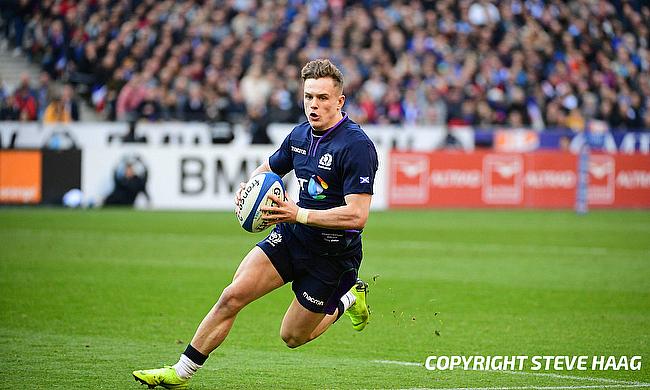 Scotland international Darcy Graham has extended his association with Edinburgh after penning a new deal with the Pro14 club.

A product of Scottish Rugby Academy, Graham made his professional rugby debut with Edinburgh in 2017 during the European Challenge Cup game against London Irish and has made 39 appearances for the club since then scoring 17 tries.

The 23-year-old had represented Scotland at the Under 18 and Under 20 levels apart from the Scotland 7s side. He went on to make his Test debut for Scotland in during the November series in 2018 and has gone on to play 19 games including four appearances in the 2019 World Cup.

“I’m delighted to extend my time with Edinburgh. I wouldn’t want to be anywhere else.

“I’m living the dream, playing the sport I love for club and country. Hopefully I can continue to improve my game and really kick on.

“So much of what I’ve enjoyed has come in my time at Edinburgh and really think this is the right place for me to continue to work hard, get better and challenge for silverware with a good group of boys."

“The fact that we’ll be doing that in a new stadium we’ll soon be calling ‘home’ makes this a really exciting time.”

“Darcy is a player of undeniable quality and finishing ability,” he said.

“He’s a textbook example for all the young Scottish kids out there of how the game remains one for all shapes and sizes and that, through hard work, you can make to the top of your game.

“He joined our academy from Hawick, which we all know is a town and club famous for producing quality rugby players and has developed – and continues to develop – his game really nicely.

“His speed, footwork and skillset make him nightmare to defend against so it’s great he’ll be with us for the foreseeable future.”

Edinburgh are positioned 10th in the Rainbow Cup table after managing a solitary win from three games.