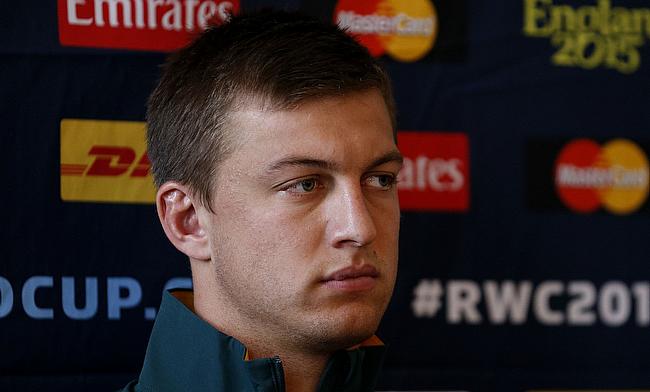 Bulls came up with a five-try performance as they defeated Sharks 39-33 in their Super Rugby clash at Loftus Versfeld on Saturday.

Bulls now have 24 points along with Jaguares and Sharks in the South African Conference. Their win also saw them jump to the ninth place in the overall standings from 12th.

Bulls suffered an early setback when Jason Jenkins was replaced at the start of the game but Sharks lost the plot when Curwin Bosch was sin-binned in the 9th minute for tripping up Warrick Gelant. Bulls opted for touch and it proved fruitful when Jesse Kriel deceived Makazole Mapimpi allowing Gelant to go over the line.

Four minutes later, Kriel became the try-scorer when he crashed past the line and a conversion from Handre Pollard made the scoreline 12-0. The response from Sharks finally came in the 23rd minute when Bosch, who returned from sin-bin capitalised on an offload from Tendai Mtawarira to score their opening try and Robert du Preez's conversion meant the gap came down to five points.

Roelof Smit helped Bulls reclaim control in the game when he dotted down in the 27th minute but their momentum was hampered when RG Snyman was yellow-carded for a hit on Robert du Preez and this time, Sharks made full use of the numerical advantage with Jacques Vermeulen crossing over.

With Pollard and Bosch exchanging penalties, the first half ended with Bulls having a lead of 22-17. Sharks went on to take the lead for the first time in the game when du Preez kicked back to back penalties after the break. Bulls showed a lot of resilience and continued to apply pressure on the visitors and as a result they were rewarded with back to back tries through John-Ben Kotze and Lood de Jager in the 54th and 65th minute respectively.

Pollard kicked both the conversions and also slotted a penalty goal to make it 39-23. Despite a yellow card to Lukhanyo Am in the 69th minute for a tackling the player in the air, Sharks touched down a minute later as the gap came down to nine points with 10 minutes left in the game. The final push from Sharks did not come but du Preez helped them salvage a losing bonus point with a penalty kick in the closing stage.