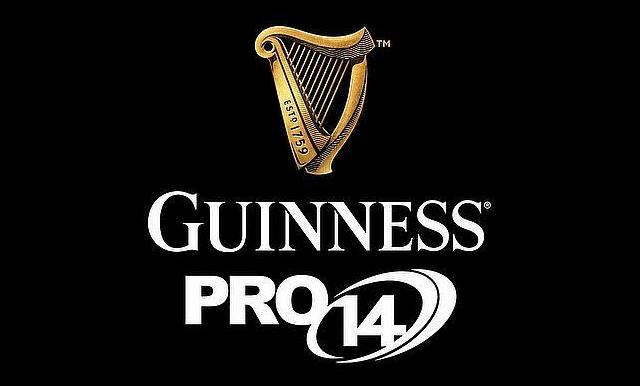 Traditional derbies between Scottish, Welsh, Irish and Italian clubs held over the festive period will now be played on 22nd December.

Matches will also be played on 29th and 30th December as well as 5th January with the aim of the change allowing players more rest between fixtures.

The games from that weekend will be reversed for 22nd December which kicks off a feast of Welsh derby matches.

On the final weekend of 2018, Dragons welcome Ospreys to Rodney Parade before Blues take on Scarlets, then to begin the New Year, Blues are away to Ospreys while Scarlets entertain Dragons.

December 22nd sees Edinburgh host Glasgow Warriors at Murrayfield while Ulster face Munster, Connact go to Leinster and Zebre take on Benetton with those fixtures being flipped the week after.

Pro14 tournament director David Jordan said: "For the first time we have produced fixtures with kick-off times and dates right up to Round 17, which we have never been able to do before.

"When you consider the planning required around incoming and outbound South African tours, it's fantastic to have so much of the season mapped out ahead of us at this point.

"Rarely, has there been so much anticipation and excitement ahead of a new season now that we every game live across the UK on Premier Sports fully supported by eir Sport and TG4 in Ireland, Super Sport in South Africa and S4C in Wales."

The Pro 14 fixtures were announced today and champions Leinster will begin the new season in Cardiff against the Blues on August 31 which will be a meeting of both the European cup holders.

South African sides the Cheetahs and the Southern Kings begin their second PRO14 campaigns against Munster and Zebre respectively.

This year's Pro 14 final could be staged at Celtic Park in Glasgow on Saturday 25th May.