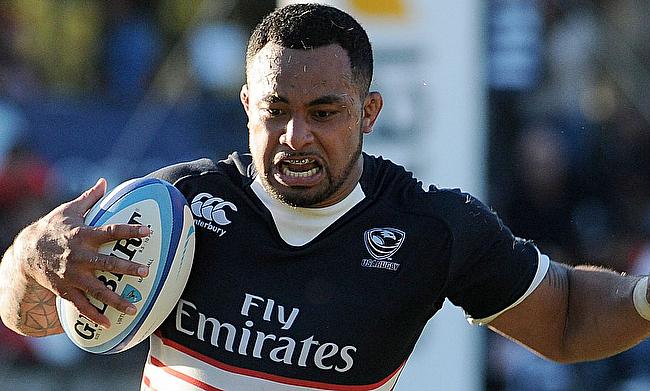 Cardiff Blues have confirmed the signing of the United States of America international Samu Manoa ahead of the 2018/19 season.

The news comes after the Welsh regional side has already signed Dmitri Arhip and Jason Harries while Rory Thornton has joined the club on loan.

Manoa made his professional rugby debut with US based club San Francisco Golden Gate RFC in 2003 and eight years later he made his senior debut with Northampton Saints and has made over 100 appearances with the English Premiership club.

He will make a switch to Cardiff Blues from Toulon after making 50 appearances for the French side.

"This is another significant signal of intent as we build towards the new season and a return to the European Champions Cup," said incoming head coach John Mulvihill.

"Samu is a big, physical man, who will compete with Nick Williams for the number eight jersey and bring an abundance of experience to our pack.

"It is important that we take some of the work-load off Nick and Samu will work in tandem with him, ensuing that we have a real physical presence for the full 80-minutes.

"We're now looking forward to getting him over here and seeing him in a Cardiff Blues jersey at the Arms Park."

Meanwhile, Manoa said he is looking forward to being part of the Blues in the upcoming season which will also see them make a comeback to the European Champions Cup.

"I'm really looking forward to the next chapter and getting stuck in at Cardiff Blues.

"They had great season last year, winning the European Challenge Cup and sealing a return to the Champions Cup, so it is a great time to join.

"I have spoken to both John and Blaine at length, and have heard nothing but good things about the set-up at Cardiff Blues, the city itself and the region.

"My family is the most important thing to me and hearing about how well players and their families are taken care of at the Blues was a big lure. If they are happy, I am happy and can be at my best.

"So I'm really excited about moving them over to Cardiff and then meeting my new teammates, competing for places and contributing to the Blues as they look to build on the success of last season."