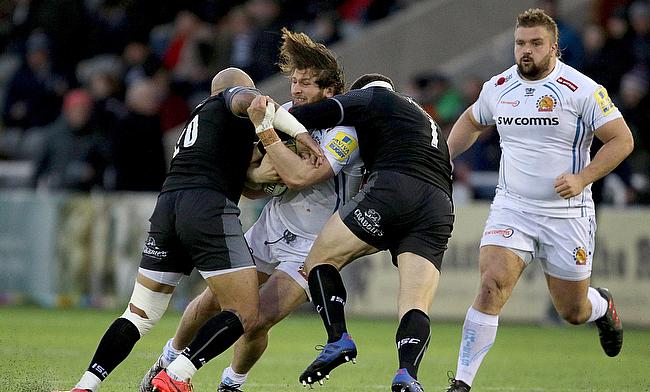 England scrum coach Neal Hatley believes Exeter Chiefs prop Alec Hepburn will make most of his possible debut against Italy in the upcoming Six Nations clash in Rome on Sunday.

Hepburn is among the 25 players retained for the clash against Italy and is likely to be on the bench with Joe Marler, Ellis Genge, Matt Mullan and Beno Obano all unavailable.

The 25-year-old front row has been in outstanding form for Exeter and Hatley is backing the former England Under 20 to carry on his form at the international stage.

“Alec has been part of a very good Exeter pack,” Hatley said.

“He has played some big games this season – against Leinster twice and against Montpellier, who are number one in the Top 14.

“He’s had some really good games and come out on top in a lot of those, so it’s a fantastic opportunity for him.

“He’s been part of a good scrummaging pack at Exeter and we are looking forward to seeing how he goes.

“We’ll find at one minute past three on Sunday whether he’s ready for the step up, but he has shown all the right signs and is working his backside off, so we are looking forward to seeing how he goes.

“It’s a brilliant opportunity for him to change the pecking order and that is how they all look at it.

“Alec’s first exposure to the England squad has been very good and the more pressure we an create the more competition the harder it forces the guys to improve.

“I think you make an assessment not over two weeks, it’s ongoing.”