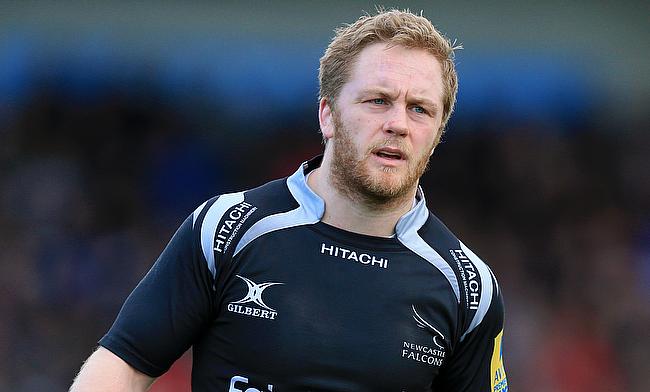 Alex Tait came to Falcons' rescue with a timely 66th minute try as they managed to eclipse Gloucester with 13-18 win at Kingsholm during the 2016-17 English Premiership clash on Saturday.

Tait's unconverted try proved out to be the only thing separating the two teams at the end of a fiercely fought encounter.

Centre Dominic Waldouck (9) was the other try scorer for the visitors as fly-half Mike Delany successfully converted Waldouck's try in addition to slotting a couple of penalties.

Flanker Ross Moriarty (12) was the lone try scorer for the hosts as fly-half Billy Burns successfully converted the try apart from scoring a penalty.

Greig Laidlaw who came in as a replacement for Willi Heinz scored a 74th minute penalty to bring Gloucester a try away from squaring the scorecard, however, the hosts failed to further supplement their points tally.

The result has helped the Falcons to climb up to the sixth position in the points table while Gloucester slumped down to seventh.

Newcaslte Falcons director of rugby Dean Richards was delighted with the performance of his team.

"I am pleased. We have come so close to winning away from home in the last year and have not quite achieved it.

"The mistakes we were making last year, we weren't making quite as many today.

"We are quite combative and will tackle our hearts out. If we take our chances, as we did today, we should be competitive with most people.

"Everyone put their body on the line today and if they (Gloucester) make a line-break, our scramble defence was good as well.

"We soaked up the pressure in the first 20 minutes of the second half and then hit back with the try (Tait's)."