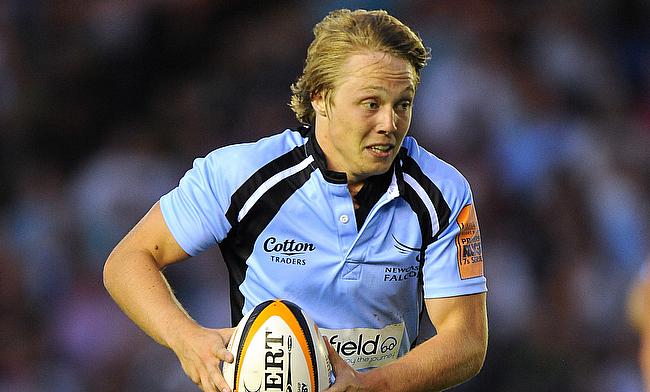 Leicester Tigers brought their Aviva Premiership campaign back on track after edging out Newcastle Falcons 13-14 in a thrilling encounter at Kingston Park on Sunday.

The result would have been very different for the Newcastle Falcons had Joel Hodgson successfully kicked the drop goal at the closing stage of the game but unfortunately he sent it wide of the post allowing Leicester Tigers secure a place on the top four.

Newcastle Falcons made a brisk start to the game with a fifth minute try by centre Juan Pablo Socino while fly-half Mike Delany added the extras to take a 7-0 lead. 10 minutes later Deanly stretched the lead to 10-0 with a successful penalty kick.

Leicester Tigers clawed their way back into the game when Ben Youngs off-loaded one to Michael Fitzgerald to score the first try. Fly-half Freddie Burns missed out on the conversion but made amends with a penalty, six minutes later to reduce the gap to two points at half-time.

With both teams continuing to make mistakes, Burns made a successful conversion of a penalty to take Leicester Tigers to lead for the first time in the game.

Ellis Genge could have stretched Leicester's lead further but he misplaced one wide of Newcastle Falcons' line. However, Burns' 67th minute penalty took the visitors to 10-14.

There was a nervous moment in the game for Leicester Tigers when Peter Betham was sin-binned which was capitalised by a penalty from Hodgson to cut down the difference to one-point. However, Hodgson failed in his attempt of the decisive drop goal in the 85th minute allowing Leicester Tigers to escape with a narrow 13-14 win.