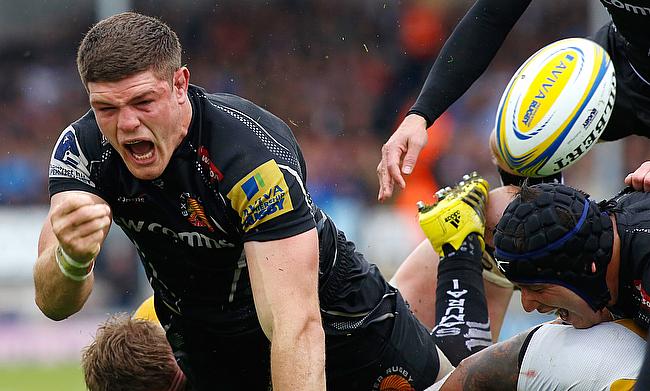 A dominant second-half performance from Exeter Chiefs saw them outplay Montpellier with a 41-10 triumph at Sandy Park to keep their hopes of European Champions Cup play-off alive.

After the first 26 minutes went without a point, Dave Ewers scored the opening try for Exeter Chiefs that was improved by Gareth Steenson as the first half ended with a 7-0 lead for the home side.

Montpellier had a lot of possession to work with at the start of the second half and a penalty from Aaron Cruden helped them narrow down the gap to two points.

It took Montpellier 77 minutes to score their first try that came from Nemani Nadolo but a penalty from Joe Simmonds capped off a fantastic game for Exeter Chiefs as they move to the second position in Pool 3 behind Leinster.

Exeter head coach Rob Baxter said: "The toss was vital as it allowed us to play into the wind and that helped us, as more often than not the first part of any game is a blur.

"We played with fantastic discipline and that score before half-time (from Ewers) was crucial. Our emotion and physical intensity was terrific and we grew in confidence.

"You have to build pressure and it's always easier to score when you already have a couple of tries on the board, so the message went out today not to force off-loads and be patient."