Leinster maintain position at top with 8-18 win over Exeter 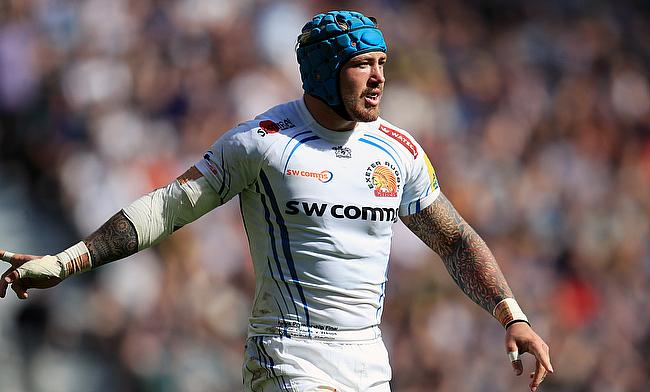 Exeter felt they should have had a penalty try after Leinster hooker Sean Cronin was sin-binned for a high, try-saving tackle on Jack Nowell, pictured
©PA

Leinster maintained their winning start in the European Rugby Champions Cup as they went on to beat Exeter Chiefs 8-18 at Sandy Park on Sunday.

The win has extended Leinster's lead in Pool 3 to six points over the second-placed Exeter. The hosts though felt hard done by when they felt a penalty try should have been awarded at the start of the second half when Sean Cronin was sin-binned for a try-saving tackle on Jack Nowell.

In an eventful first quarter, Exeter lost Harry Williams to sin-bin in the 17th minute for collapsing three successive five-metre scrums. Johnny Sexton capitalised on Leinster having an extra man when he crashed over the line three minutes later to break the deadlock.

Exeter's response came in the 24th minute when Gareth Steenson kicked a penalty but as Nic White was penalised, Sexton restored the five point lead of Leinster with a three pointer of his own.

Rob Baxter's side failed to capitalise on the sin-bin to Cronin in the 42nd minute but when Leinster returned to full strength, James Short crossed over to level the scores 8-8.

Leinster piled on the pressure as they responded well to that setback, but they had to settle for a penalty after some more tremendous work by the Exeter rearguard, and it was slotted by Isa Nacewa, as Sexton was still recovering from a knock, to nudge them back in front.

A try by number eight Jack Conan 10 minutes from time, converted by Nacewa, after they had gone through numerous phases in attack, gave the visitors some breathing space, and they cleverly saw the game out to deny Exeter even a losing bonus point.