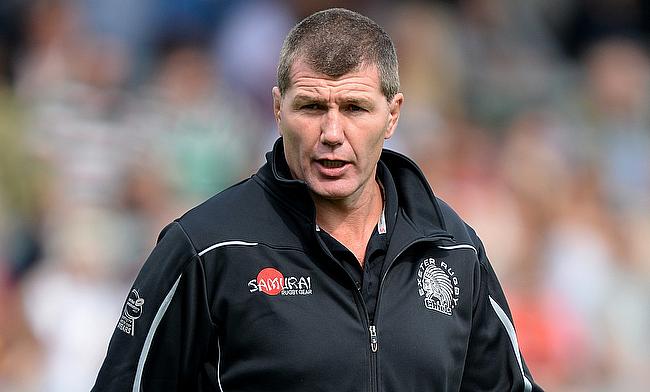 Exeter Chiefs have confirmed the signing of Ryan McCauley and Sam Nixon ahead of the 2021/22 season.

McCauley started his professional rugby career with National Rugby Championship side Country Eagles in 2016 and went on to make his Super Rugby debut for Waratahs a year later.

The 24-year-old made a switch to Force in the 2021 season and will head to Sandy Park on a short-term deal.

“I’m really looking forward to ripping in,” he told the club's official website.

“I’ve just watched the boys train and now I’m excited to get amongst it all and get involved with training and then the games.

“It’ll be my first experience of rugby over in these parts, but I’ve watched games of the Chiefs and I know it’s a very good and high standard over here.

"As I said, I’m looking forward to learning from the other tight forwards here because there is a great calibre of players here. Also, I just can’t wait to add to my skill-set around line-out, maul and scrum, especially as it used a lot more over here.”

Meanwhile, Nixon alreadh has experience of playing in the Premiership for Bath in 2019 and was recently part of French club Bayonne. He also had a loan stint with Plymouth Albion during the 2016/17 season.

“I’m massively looking forward to things,” said Nixon. “For me, it’s a dream come true to come back to the South West and play for a great club so close to home.

“Over the years, I’ve come up against Exeter a few times and you know it’s always going to be a tough test for you as an opponent. They’ve lead the way for a long time and just turning up for training here, you can see the standards are at a new level.

“I’m just going to get stuck into the training, listen to the coaches and just soak up as much info as I can to help me improve.”