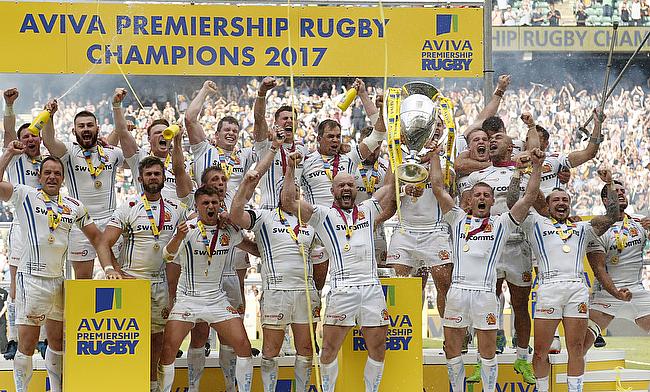 Exeter Chiefs were the winners of the 2016/17 Premiership
©PA

Exeter Chiefs have retained their name and logo but have retired their mascot following an internal review.

The club launched a review on the issue after the fans filed a petition 'Exeter Chiefs For Change' with nearly 4,000 signatures urging the branding to be dropped as they deemed it was racist.

The club reasoned that that the name Chiefs was associated with people in the Devon area since the early 1900s and has a long history but decided to retire the 'Big Chief' mascot.

"The board took the view that the use of the Chiefs logo was in fact highly respectful," read a statement from the club.

"It was noted over the years we have had players and coaches from around the world with a wide range of nationalities and cultures.

"At no time have any players, coaches or their families said anything but positive comments about the branding or culture that exists at the club.

"The one aspect which the board felt could be regarded as disrespectful was the club's mascot 'Big Chief' and as a mark of respect have decided to retire him."

The decision did not go well with the 'Exeter Chiefs for Change' campaigners as they expressed their disappointment in a statement.

"It is incredibly disappointing that Exeter Chiefs has thrown away this opportunity to show itself as an inclusive club," read the statement.

"Indigenous Peoples have made it clear time and time again all uses of their imagery in this way are offensive, harmful and unacceptable. Exeter's refusal to fully listen to these pleas is tone deaf and sticks two fingers up not only to them but all minorities.

"We accept that the intention of the club for the branding was originally positive and not derogatory, but they know it is not perceived in that way, they are making a conscious decision to be intentionally offensive by continuing to use it.

"The club claims that the imagery honours and respects indigenous cultures, but if they respect them why won't they listen to them?

"As fans we are disappointed and frustrated that this battle continues. As human beings we are horrified that we still live in a society where major sports club can treat indigenous peoples like this. It reflects badly on rugby, Devon and the UK and we should be thoroughly ashamed.

"The decision will not age well for the club - there is no doubt that the branding will eventually have to change as it is clear depictions like this are no different from gollies or other relics of the past.

"By refusing to deal with it properly now the club is lining themselves up for extensive reputational and commercial damage and bringing shame on all connected to the club in the meantime.

"It's baffling that they deem this a price worth paying for selfishly and ignorantly clinging to a poorly-thought out logo that's only been used for 20 of the club's 150 years."