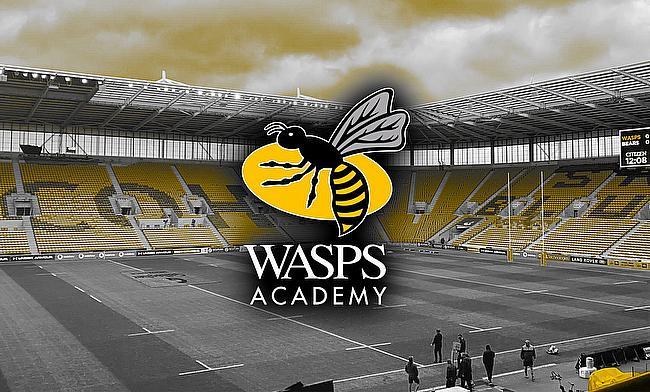 It was just over two months ago when TRU last heard from Wasps’ Academy.

In the lead up to the Gallagher Premiership final that took place at Twickenham, Wasps Rugby Head of Recruitment and Academy, Kevin Harman, explained the club’s pathway to becoming a professional rugby player.

Part of their plans has been to send young players out on loan to Championship and NCA (levels three and four) clubs in order for them to get game time. However, this season is one like no other.

The disruption caused by COVID-19 is still ongoing. It was announced on Monday that the Championship’s 2020/21 campaign would not start until March and last month, the levels below the second tier found out they would be operating under temporary law adaptions including the absence of scrums and mauls.

As a result, Harman and his staff have had to look further afield in order to find their youngsters appropriate clubs to develop their game.

Two members of Harman's Senior Academy have become the beneficiaries of this ingenuity, with previously Cambridge-bound prop Zac Nearchou having moved to the PRO14 to represent Benetton Treviso whilst Spanish back-row Mario Pichardie had a brief stint in his homeland with Alcobendas Rugby.

Within a week of landing in Italy, Nearchou made an impact for Benetton as he came off the bench against Dragons for his debut. Pichardie, too, benefitted from some game time with his local club, playing two matches in the División de Honor before being recalled to Wasps, having impressed Head Coach Lee Blackett.

I started off with a look at the @Wasps_Academy with @kevinharman1969.

Several academy players were called upon to help the first team make the final and Kevin taught me about the pathway to playing professional rugby.

“He (Mario Pichardie) played two games which we saw and Lee liked what he saw in the second game,” Harman said. “I have been banging on to the first team since the summer about Mario, so they brought him back and he is now in full first-team training.

“You have seen them play for the U18’s and U20’s and now it is the time for them to step up and that is what Zac has done at Benetton and Mario has only ever impressed the academy staff since he has been in the academy. Obviously, the first team have taken a shine to him after seeing him play a men’s match in Spain.

“There is still a long way to go for these boys, they are not the finished article, but it is having that right amount of balance of playing and training. If you get that right, you give them every opportunity to succeed in the mid to long term.”

It is the adaptations in the National Leagues that cause the most concern. With revised scrum and maul laws, players in the tight five will essentially be put on the sidelines because of the risks associated with the transmission of Covid-19.

Following Monday’s announcement that the Championship will be returning without the law variations, these question marks surrounding the development of players are likely to have changed slightly.

Nearchou is set to remain with Benetton regardless. The 20-year-old tighthead has impressed Kieran Crowley and his staff in the four weeks that he has been in the north of Italy and there are hopes that the youngster will get more opportunities during the Six Nations.

Under the tutorship of former Italy and Saracens hooker Fabio Ongaro whilst with his loan club, Harman says that he is already considering sending some other academy players abroad if the individual situation is appropriate.

“Just by training with a PRO14 team, with the first team, we knew Zac would get more opportunities,” Harman said. “Especially live training and scrummaging, because at Wasps, all of our props are fit at the moment. There were more opportunities at Benetton.

“We just had to think outside of the box and I am still doing that. I have got other lads I am thinking of sending to the Shute Shield in Australia later on in 2021 because with the NCA there is no scrummage, no mauling. So, for the front five forwards, they are not going to learn real specific stuff that they need to learn at a young age.

“We have got a couple of front five forwards that I might send elsewhere, later on in the season, depending on restrictions. We live in a strange world at the moment and you have got to adapt.

“That is a word that Lee used in the first lockdown and I do believe we are in times where we need to adapt and we need to be resilient. That is what we have been saying, and if the rules change next week, we have to adapt again.”

Sending players abroad is by no means a new thing. In the past, some have gone to New Zealand, Canada with Harman himself spending a year in Australia as a 21-year-old in order to develop and enjoy a different lifestyle.

Wasps have not been shy to expose their players to new environments. Several years ago, they sent fly-half Jacob Umaga to New Zealand to play for the Auckland Blues in the Mitre 10 Cup. Making numerous appearances from the bench, Auckland eventually won the competition, albeit without Umaga who had sustained a broken arm.

Following his recovery, Harman and then academy manager Jon Pendlebury sent the youngster to Yorkshire Carnegie where he starred. Since then, Umaga has become the out and out starter in the 10 shirt for Wasps.

Even more recently, prop Jordan Cordice travelled to New Zealand to play for Whangamata Rugby, where he won the Thames Valley 2020 Championship. The club of former Wasps Director of Rugby Leon Holden, Harman believes that players benefit greatly on and off the field when experiencing different cultures.

“We sent Jordan to New Zealand last summer when we were in lockdown. He went out there and had a great time. They won the Thames Valley Championship and he played tighthead in a men’s team. I am sure that Jordan has had some wonderful life experiences, as well as playing over there in a men’s team.

“Jacob grew up in New Zealand. I remember when he came back from Auckland, he went up to Leeds and I remember watching him with Jon (Pendlebury) and saying that this kid had grown up. It was great to see and I am a big believer in having that on and off the field life experience.”

Kevin is also quick to heap praise on the club’s owner, Derek Richardson. The man behind Wasps’ move to Coventry has been a constant supporter of the academy system and his investment into the club saved one of the game’s most successful teams from disappearing entirely.

Whilst the move to Coventry did displace the academy to some extent in the early days, Harman and his staff have more than settled into life in the Midlands. Richardson continues to offer his support and the Irishman fully understands that the long-term success of the club at the Ricoh Arena is dependent on youth stepping into the first team.

“Derek has invested in the Academy over the years and it is our jobs to make sure that investment goes a long way,” Harman said. “That is just another reason we are doing everything we can to help our players step into the first team and take this club forwards.

“He is the reason the club is still here and to have that belief from someone is amazing. You don’t often get belief like that, and we have to do everything we can to repay his faith in us.”