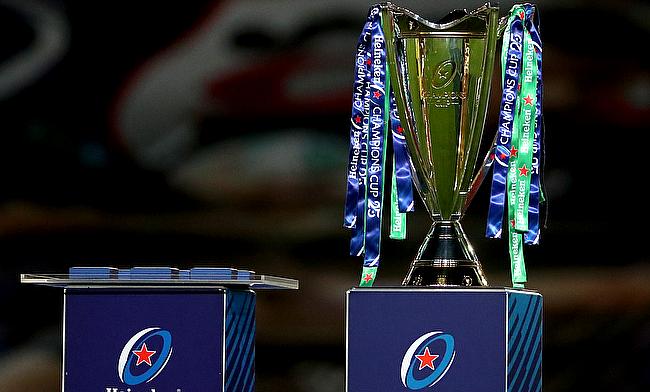 Wasps will be looking to impose a 'quick game' on physical Montpellier
Match Report: Exeter Chiefs 42-0 Glasgow Warriors
Mike Haley: ‘We understand everything that comes with European rugby and Munster’
Lawrence Dallaglio exclusive: Exeter are in the groove but the French sides will come again

On Tuesday, my colleague Joe Harvey tweeted ‘never a quiet week at the moment’.

He was referring to the departure of Danny Cipriani from Gloucester, but if you reflect on the last 12 months for our sport, Joe has pretty much hit the nail on the head and hammered it in a few more times just for good measure.

In a desperate year for obvious reasons, rugby union has not evaded the challenges which have been created by the COVID-19 pandemic and in terms of matters on the field, recent column inches have been filled with opinions about how the game should be played.

This comes after the slumber that was the Autumn Nations Cup, but the opening weekend of the Heineken Champions Cup unquestionably provided the sport with a welcome shot in the arm.

On Friday night, Ulster and Toulouse gave us a flavour of what was to come, and the adventure and excitement on show at the Kingspan Stadium filtered across to Ashton Gate as ‘rugby twitter’ went into overdrive watching Bristol Bears against Clermont.

“It was a great boost for the game when it was needed with all the chat about how the game might change and with other stories around head injuries,” two-time European Cup winner Ben Kay exclusively told TRU.

“There has been a lot of talk around the defensive element of the game so to get some of the tries that were scored, people were already closing the book on try of the season! I was privileged to be at the Bristol/Clermont game which had some fantastic rugby.

“I think a little bit is circumstance, though. If the game doesn’t open up for Clermont the way it did in the first five minutes, suddenly we may be looking at more of an arm wrestle. It is the beauty of rugby that you don’t know what you are going to get.

“In these periods, you don’t necessarily look at what has happened over the last couple of years. You look at what happened on certain weekends, like in the Autumn Nations Cup, so you have to take it with a pinch of salt and maybe look at the game as a whole. I do believe the attacking game will come to the fore again and it is all just cyclical.”

The flamboyant style of rugby on display last weekend certainly left its mark and whilst it may be remembered for Cheslin Kolbe’s audacious try or Kotaro Matsushima’s hat-trick, Kay feels there was, in certain games, a delicate balance between the dazzling skills and the robustness needed to win European fixtures.

The former Leicester Tiger pinpointed two of last year’s semi-finalists; Toulouse and Exeter Chiefs: “I have said this a couple of times, when people look at the highlights, they probably look at the fact that Toulouse play this all-court game and they throw the ball around because they have seen the Toulouse tries whilst Exeter play this really dour, pick and go game because when they watch highlights of Exeter, they see the tries and the Chiefs are really good at converting from five metres out.

“If you look at how Exeter get the ball to five metres out, there is some brilliant rugby in there! You look at Toulouse’s game aside from those moments of stardust from [Antonie] Dupont, [Romain] Ntamack and Cheslin Kolbe, you can actually see their pick and go game. They have got a huge, horrible forward pack and it is a traditional old, French style of rugby, so it is some amazing stardust coupled with some grit and hard stuff up front. It is just that balance in the game, and when that balance is lacking, as it was a little bit during the Autumn Nations Cup, that is when we start to worry!”

??After a winning return to the @ChampionsCup on Saturday evening, @WaspsRugby's attentions now turn to @MHR_officiel.

With quotes from Head Coach @Leeblackett12 and @_JoshBassett, learn what they think the key factors are ahead of Friday's game??https://t.co/MalLPmCZru pic.twitter.com/2kU8vny1IP

Unfortunately for Kay and followers of the Champions Cup, the aforementioned Exeter and Toulouse were set to face one another in arguably the fixture of the weekend but a number Chiefs players and staff have tested positive for COVID-19 meaning the game has been cancelled.

However, there will still be seven other English teams in action in round two, with only Wasps aiming to make it back-to-back wins following their victory over Dragons last Saturday.

On paper, it was a tough weekend for the Gallagher Premiership representatives in the Champions Cup, but Kay wasn't surprised by their results.

"It comes back to circumstance again," he added. "Northampton should have won their game without a doubt and it is a pretty poor Northampton psychology at the moment.

"They played against Bordeaux who were top of the Top 14 when the league stopped last year and they are doing well this year. Bath will think they should have beaten Scarlets, but it was a huge defensive effort from Scarlets to make sure they went through.

Sale going to Toulon, you wouldn’t think that is an outlining result, equally Harlequins going to Munster so I think it is just circumstance, but actually, because of the shortened format of the season, we might see that affect the selections this weekend may impact results.

"I am not concerned for the English clubs in terms of being ‘behind the French’ in terms of what we can do, but that only becomes a concern when you get a few years of it. When you look weekend to weekend, were there any results there where I went that is bad for English rugby? Not really."