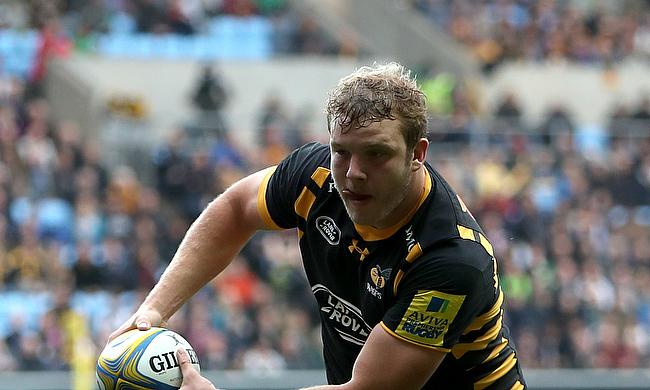 Joe Launchbury has been rested for the game against Montpellier
©PA

Wasps head coach Lee Blackett has rested four international players including skipper Joe Launchbury for the second round of the Heineken Champions Cup against Montpellier.

Launchbury will be joined by Dan Robson, Will Rowlands and Jack Willis as Blackett has made five changes for the Friday's game at GGL Stadium.

Will Porter, Tim Cardall, Ben Morris and James Gaskell make a comeback replacing the quartet while Ben Harris has recovered from his injury to start at loosehead prop. The bench also sees Tom Willis making a comeback for the first time since he got injured in November as Wasps aim to maintain their winning start.

“Our international players were keen to play, but they have to have a mandated amount of rest and we thought it was better to give them a well-deserved break, with a busy period to come," said Blackett to the official website of the club.

"I am pleased with the result at the weekend, our performance was definitely better than what it had been, we're moving in the right direction".

The Wasps coach is also wary of threat the French side posess.

“Montpellier are a big physical team that are very confrontational and are going to come at you. They are one of the heaviest sides in the Top 14 and they've got internationals throughout. In their last away game, they went away and beat Clermont.

"I thought they were outstanding. That was them at their best. It will be about not allowing them to impose their game on us and us trying to impose our game on them.”