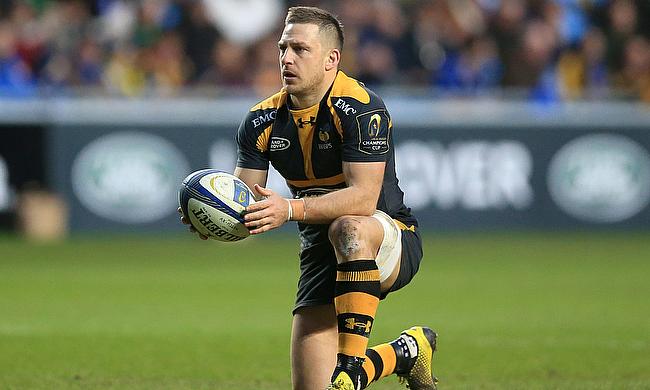 Jimmy Gopperth was part of the winning Wasps side
©PA

Wasps capitalised on the red-card to Henry Immelman as they defeated a 14-man Montpellier side 33-14 in the second round of the Heineken Champions Cup at Ricoh Arena.

With two bonus-point wins from as many games, Wasps move to the top of the table with 10 points with Montpellier at the bottom after losing both the matches.

The French side started the game in worse possible manner as Immelman was red-carded in the sixth minute for a high tackle on Will Porter and their problems compounded when fly-half Louis Foursans-Bourdette left the field at the end of the first quarter.

The opening points in the game came in the 23rd minute when Alfie Barbeary dotted down in the 22nd minute and five minutes James Gaskell went over the line. Jimmy Gopperth, who missed the first conversion, kicked the second to give Wasps a 12-0 lead.

Despite being down by a player, Montpellier fought hard through former Saracens star Alex Lozowski, who intercepted inside his own half before going over the line and a conversion from Benoit Paillaugue meant the teams went into the break with a 12-7 scoreline.

Montpellier seized the lead with Yvan Reilhac's try early in the second half but eventually the pressure of being a player down was too much to handle as offload from Barbeary set up Paolo Odogwu for Wasps' third try.

The bonus point for the home side came at the start of the final quarter with the number eight scoring his second try taking it to 26-14 before he was sent to sin-bin in the 65th minute for an infringement. Charlie Atkinson with a converted try in the final minute capped off a fantastic game for Wasps as they completed a 19-point victory.