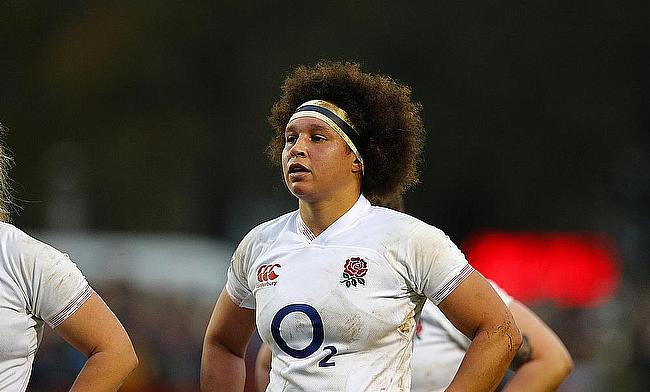 Harlequins see off Bristol Bears to maintain unbeaten start in Premier 15s
Exclusive: Mullen and Harlequins building in the right direction after eye-catching start
Exclusive: Katy Daley-McLean - “We now have the opportunity to go to Italy and finish with a Grand Slam
Exclusive - Rachael Burford: “We want to showcase our role models in the game to help inspire others”

It was a game that might easily have been forgotten, a game few would have circled on their calendars when the Champions League draw was made.

Last Wednesday, Juventus defeated Dynamo Kiev 3-0 at the Allianz Stadium, a 750th career goal for Cristiano Ronaldo the only real moment of note from a comfortable victory for the Italian champions.

The outcome of the group had already been confirmed – Barcelona and Juventus were through, Dynamo and Ferencvaros would be going out. Little rested on the pair’s meeting.

Outside of the considerable fanbases of the Italian and Ukrainian sides, a largely uneventful, relatively predictable Group G clash might have slipped out of the collective consciousness almost as the final whistle blew.

Yet in many ways, this game, and that whistle blowing, represented a large step forward. Bringing the fixture to a close was Stephanie Frappart, a 36-year-old from the outskirts of Paris who had just become the first woman to take charge of a men’s Champions League fixture.

Frappart has made history before. The Frenchwoman has been on the FIFA International Referees List since 2009, and last year was appointed to the Uefa Super Cup between Liverpool and Chelsea. She was also the woman in the middle as the USA beat the Netherlands to lift the Women’s World Cup.

A champion of equality who has had an influential year on and off the field, the importance of women being represented in all areas of sport – playing, officiating, in the media, and in administration – is significant for Brown.

“It was huge,” Brown said reflecting on Frappart taking charge of the Champions League fixture and similar advancements in rugby. “It’s very important, just to make people realise that we can do things.

“If all you are seeing week-in, week-out for the last 20 years are male referees, why would you think you can do it as a female?

“Sometimes we do have to be given a chance and the opportunities have to be opened for us unfortunately, but hopefully we will get to the stage where we know, as females, that we can go out and do what are seen as male-dominated roles. It is actively being encouraged at the moment which is always a positive step.”

As part of this encouragement, the RFU last week hosted a “See It, Be It, Ref It” women’s only match officials webinar, featuring prominent female referees and officials including former Harlequins, Richmond and Toulouse wing Holly Myers.

Higher up the officiating pathway, Sara Cox, the first woman to take charge of a Gallagher Premiership game, has continued to drive the standard of all referees forward, while Ireland’s Joy Neville is another European trailblazer. In the Southern Hemisphere, Amy Perrett of Australia became the first female to officiate a Super Rugby game, while Aimee Barrett-Theron similarly made history as a top-level men’s 15-a-side match was refereed by a woman for the first time in South African rugby.

“And why not?” Brown asks. “Women refereeing women is one thing, but women refereeing men is a huge step forward. And the same for us as a women’s rugby team having male referees – because we are women, we don’t have to have women. Referees are referees.”

The advancements and increased number of female officials reflect a year that, despite the pandemic, has been a largely positive one for women’s rugby.

A combined 1.5 million people tuned in to watch the Red Roses battle France in Grenoble and at Twickenham this autumn on BBC 2, the first time Simon Middleton’s side have been on terrestrial television since the 2017 World Cup. Brown notes that this has opened women’s rugby to new audiences, with many watching the sport for the first time.

New Zealand’s Farah Palmer Cup was more hotly contested and comprehensively covered than ever, while Wales last month confirmed the full-time appointments of Warren Abrahams (as head coach) and Rachel Taylor – with skills coach Taylor the WRU’s first professional female national coach. The news that the Rugby World Cup will return to 16 teams in 2025 is another welcome, if perhaps overdue, step forward.

Brown has had her own successes this year, both on and off the field. Now firmly established in the England squad, the tighthead started all three games against the French, while her hard-carrying and deft handling has helped propel Harlequins to the top of the Allianz Premier 15s. The prop is the league’s leading try-scorer, with two more scores against Bristol last weekend taking her tally to eight.

Off the field, Brown has proved equally influential. Her powerful, challenging and important discussions with RFU board member and former England captain Maggie Alphonsi and Saracens and England Sevens star Deborah Fleming on their experiences of racism, were shared and promoted both within the RFU and more widely via social media.

It’s that time of week again. FREE workout session with myself and @SEBeckett https://t.co/8wBatt4rHW

During Black History Month, Brown used her daily Instagram story to highlight and celebrate black history. A nomination for Influencer of the Year at The Sunday Times Sportswomen of the Year Awards was richly deserved.

For a player as affable and gregarious as Brown, the impending return of fans will be “a special moment”.  Before a Covid-19 outbreak in the Saracens camp saw the game postponed to the 2nd of January, Harlequins were due to welcome supporters back to the Stoop this coming weekend. The pair are the Premier 15s runaway leaders, both yet to drop a point this season.

Barring a change of tier for London that would preclude any fans attending, promising early ticket sales suggest Harlequins should get a significant home crowd come January the 2nd, and Brown is excited to welcome them back.

“For me personally, it is getting friends and family watching, and also getting people who don’t usually watch rugby to come down and watch and experience it. A big part of why I enjoy rugby is getting around and talking to people after the game and letting them realise that we are just normal people as well. Hopefully a lot of people will get tickets for Christmas.”

While the rearrangement of the Saracens game has put paid to Brown and her teammates’ plans for a more relaxed Christmas, she is excited for the opportunity for a top-of-the-table meeting which should be the perfect way to begin another massive year for women’s rugby as the World Cup heads to New Zealand for the first time.

“For the whole league, that is the game that they look forward to,” Brown noted. “It will very much be hammered into us that although it is Christmas, [and you should] enjoy yourself, we do have Saracens on the 2nd of January. I can’t wait.