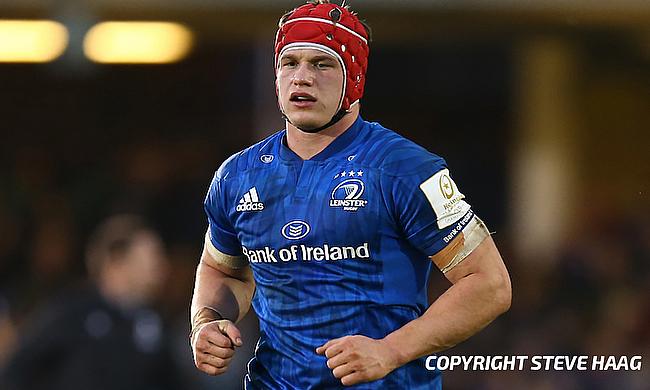 Jimmy O'Brien scored four tries as Leinster trounced Bath Rugby 64-7 in the fourth round of the Heineken Champions Cup at The Recreation Ground on Saturday.

This is third win for Leinster in four games as they have progressed to the round of 16 with 15 points while Bath's difficult campaign ends after they failed to win a single game.

Bath looked dominating in the opening 10 minutes as they won four penalties but each time they opted to go to the corner in search for the opening try but Leinster held their defence firm to keep them scoreless.

They had double injury setbacks as Josh Bayliss and Sam Underhill were forced to leave the field in the 12th and 13th minutes respectively and Leinster capitalised on the momentum as O'Brien picked out in space following a Leinster scrum five metres out to allow the winger to score his first try. However, Johnny Sexton failed to get the conversion right.

The start of the second quarter saw Josh van der Flier picked up pace and sneaked over the line in the 22nd minute and around the half-hour mark Jordan Lamour crossed over at the back of a scrum turnover. Sexton kicked both the conversions as Leinster stretched their lead to 0-19.

The first response from Bath came in the 32nd minute as Andrew Porter's offload was grabbed by Charlie Ewels, who ensured Max Clark went over the line and Orlando Bailey followed with the conversion to make it 7-19.

Nevertheless, the Irish were the strongest team heading into the break as O'Brien scored his second in the 34th minute after collecting a grubber kick from Sexton and Ciaran Frawley also followed the suit with a dive from close range as they completed the opening half with a 7-33 lead.

Any chance of a Bath comeback in the second half was put off as they lost Will Butt to yellow card in the 45th minute for a deliberate knock-on and with the numerical advantage on their side, Leinster scored two more tries with Porter diving over the line following which O'Brien completing his hat-trick after capitalising on a cross-field kick from Sexton making it 7-45.

Leinster reached the 50-point mark as O'Brien was among the key figure in Leinster's next try as he set up Hugo Keenan over in the 51st minute. Even though Leinster were down to 14 men temporarily in the 59th minute as Deegan was sin-binned for an infringement but despite that the visitors went on to score two more tries through Dan Sheenan and O'Brien to complete a resounding victory.