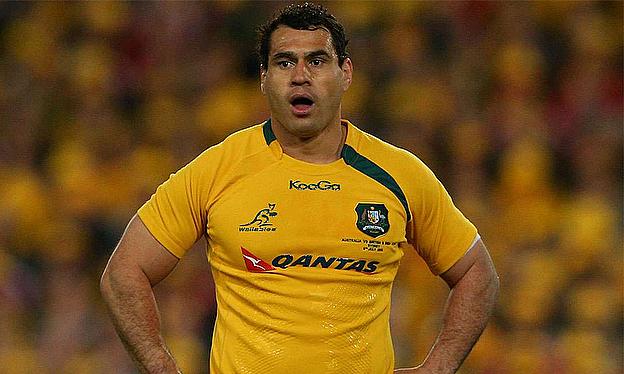 George Smith is heading to Wasps for next season
©PA

Wasps have announced the signing of former Australia flanker George Smith for next season.

The 34-year-old forward, who won 111 international caps with the Wallabies and was part of the side that lost the 2003 World Cup final against England, spent last season in France with Lyon.

Previously he has played for Toulon and Stade Francais in Europe and Suntory Sungoliath in Japan, while he won the Player of the Year award eight consecutive times during his time stint with the Brumbies in Super Rugby.

Wasps said in a statement: "Wasps today confirmed the signing of George Smith from Lyon. The Australian flanker will join Wasps ahead of the 2015/16 season."

Smith made his last appearance for the Wallabies in July 2013, playing in the third Test against the British and Irish Lions.

Wasps director of rugby Dai Young, whose side finished sixth in the Aviva Premiership this season, said: "George Smith is one of the greats of his generation. To be able to add a player of his international experience and quality is a real coup for Wasps.

"He will be a fantastic professional for our young back-rowers to learn from, on and off the field, and I am sure their games will continue to develop significantly playing alongside him."

Smith has never played in the Premiership before but is looking forward to the challenge.

He said: "I am very excited to be joining Wasps. I have always admired their history in Europe and it's clear from developments on and off the field this season that Wasps are a very progressive and ambitious club, who are determined to get back to the top of the European game.

"I have really enjoyed the experience of playing in France, Japan and Australia and I am extremely motivated to test myself in the Aviva Premiership.

"Wasps have a really exciting group of young and talented players and I hope to be able to use my experience to help develop that talent."