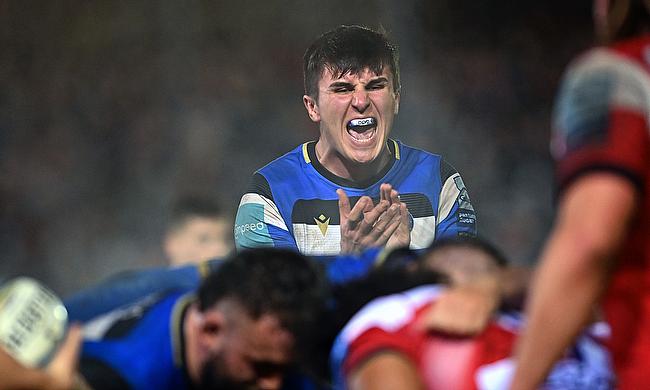 At the age of 19, Ewan Richards has the rugby world at his feet. Making his first-team debut for Bath in the second-row a year ago, the forward from Street is very much living the dream.

Beginning his rugby journey as a five-year-old, Richards would make his way to the Rec with his father, Neil, who also coached him at Tor RFC as a mini and junior.

Eventually moving to Wells Rugby FC to play at the weekends, his efforts for the club - and at age-grade level for Bath - caught the attention of John Mallett at Millfield, who offered Richards a scholarship.

Still a teenager, Richards sits in front of his computer on a Tuesday afternoon after the first big training session of the week at Farleigh House. He laughs when talking about Zoom being all he knows for interviews and beams when thinking back to Bath’s surprise win over reigning Gallagher Premiership champions Harlequins last Friday night.

“We have had a really tough start to the year,” Richards said. “Results haven’t gone our way but all of us have been working hard week in, week out and we got that win against Worcester (in Round 13 of the Premiership).

“That was really good. We needed that win and then it came to Friday against Harlequins. We felt good, we trained well all week, we thought we had a good chance, and we were just the better team, weren’t we? That’s what I thought.

“We dominated in most areas and when that final whistle went, you knew how much it meant to the fans. I think that sort of showed. When it is a home game, you can’t beat it really.

“When you have the fans there and you hear the roar at the end, that’s the most special moment for me, that connection. Then, when you are walking around at the end of the game, fans are there, saying hello, wanting to be there. It was just a crazy atmosphere and a well-deserved win for us.”

For a fourth time this season, Richards started at openside flanker, combining with Tom Ellis and Nathan Hughes in the back-row. It is not a position hugely familiar to the teenager, whose experiences have largely seen him play at blindside and lock.

It was an impressive performance and he was unlucky not to have bagged a try after using every morsel of his 6’6” frame when making Tyrone Green and Cadan Murley look like bowling pins on a charge for the whitewash.

That attempt for a score was deemed as held up but represented all that makes Richards' game so good. Despite being the height of most second-rows, the 19-year-old is no slouch with ball in hand. He packs a punch in contact and he is a called upon operator in the lineout.

“I am quite quick for my size,” Richards said. “I am fairly quick, so I think that is one of the things that has helped me out a bit.

“When I have been training with the second-rows, Luke Charteris has been saying that I am ‘not a second row with that pace’ and all this, so I think the speed is one thing that has helped me.

Officials say no try, but what strength from 19-year-old Ewan Richards! ??

“I quite like the attacking game as well. I love looking for offloads and stuff like that. That’s what I try to do and that’s my game.”

This well-rounded game is one of the reasons why he was a key player in England U20s' successful Six Nations campaign last summer in Cardiff. He started two games at lock before moving to blindside and scored a brace against Ireland on the way to a Grand Slam.

When speaking to Richards, it quickly becomes apparent that rugby being a career was something that wasn’t entirely on his horizon until attending Millfield, and it quickly entered his thoughts after making his first England U18s squad as a 16-year-old.

“I always played rugby to enjoy it,” Richards said. “I never thought I’d go on to play as a career. My dad coached me when I was younger, I went to training and I had fun.

“I was always one of the bigger guys playing rugby, that sort of helped me a bit, but when I was 14 I was enjoying it, but didn’t really think much of it. I never even thought I’d go to Millfield, to be honest.

“It only came around from me doing quite well at the Academy and with my club. It was unbelievable to go to the school. When I started going to Millfield, I thought ‘maybe I had a good chance’ (of playing professionally).

“It is quite difficult if you go to a normal college. You don’t get the coaches watching you week in, week out, but when I went there, I thought ‘I could really make this into a career’. 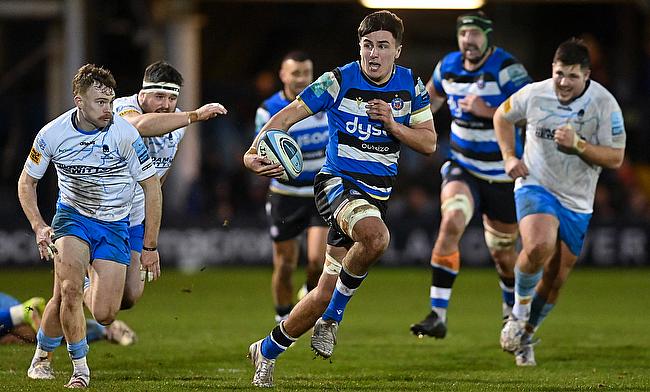 “Like everyone, I wanted to play for England when I was five years old, that was the dream, but I never thought that would happen and I am very fortunate to be where I am now.”

When first called up to England U18s, Richards was originally parachuted into the squad as injury cover. However, upon his arrival within the group, he began to make an impression, earning a place in matchday squads as a result of his hard work.

Within that group of players, a number of the names - who were in some cases a year older than him - have also gone on to gain regular Premiership appearances. Looking purely at Bath representatives, Orlando Bailey has become a relied upon player by Stuart Hooper and Nahum Merigan has also made his first-team bow.

A quick look at the players that don’t call Somerset home tells a tale of its own. Raffi Quirke, Jack Clement, George Martin and Charlie Atkinson are forging their careers in the Premiership and two of them have already won their first England caps under Eddie Jones within the past 12 months.

One of the most influential periods of Richards’ career so far was a trip to South Africa with the U18s. Playing under Jim Mallinder, England would only beat France on that tour, but what the time in the southern hemisphere did do was give him another opportunity to prove himself.

“It was crazy,” he said. “I had just turned 17, then you’re going off to South Africa with your international team and you are playing Wales, South Africa and France. It was crazy.

“We played Argentina in one of those games. I never thought I’d be playing those teams. It was a real eye-opener about what my life could hopefully look like, what I could really go forward and push to.

“It was one of those things I am very grateful for and glad I took the opportunity with both hands.”

Just a few months after that tour of South Africa, the world seemed a much different place. Earning another England U18 call-up in early 2020 when Covid-19 hit, Richards was stuck at Farleigh House. A residential Academy player, the forward along with several others had to train by themselves and wait for rugby to return.

“I found it really difficult if I am honest,” Richards said. “I prefer being in a team environment, training with your teammates and working together. I find it really hard on my own.

“I don’t know why. Motivation is hard on your own, day in, day out, trying to keep fit. That's what I find tough. I just wanted to be in that environment and to start getting to know new people.

“When Covid hit, I was at Farleigh House for a long time. I couldn’t go back home much, just in case. I had to be careful and now that has died down a bit, any chance I can get to go home and see family or friends, I made the most of it.

“There were meant to be a few of us in one house, but that changed because of Covid rules. When we had to isolate, it was tough because there was two of us in a house, we couldn’t leave, so you had to rely on everyone else to get our food and that in, and it was hard because you are in the middle of nowhere.

“It was tough at times, but on the plus side, it was real close to training. You just walked across the astro and then you are at training so that was one bonus.”

As much as that time isolated from friends and family might have been challenging, at the end of it, Richards was introduced to the first team at Bath. Biding his time, shortly before his 19th birthday, Stuart Hooper included the forward in the squad to take on Harlequins at the Rec.

Coming off the bench for 13 minutes, Richards didn’t experience victory on that occasion as tries from Alex Dombrandt, Danny Care and Aaron Morris sank Bath. 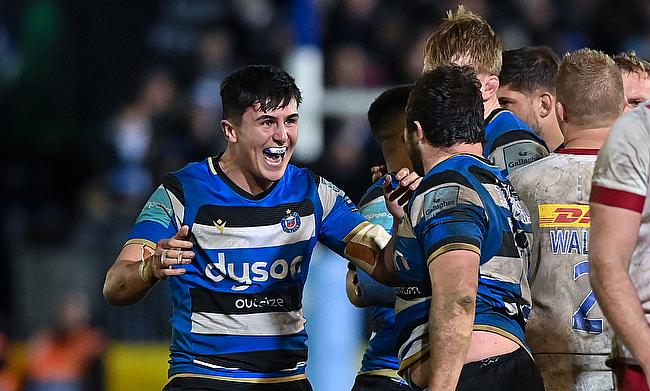 Making just one more first-team appearance before the end of the 2020/21 season, it is in this campaign that Richards has become a firm part of Hooper's plans.

Starting six games and coming off the bench on three occasions, victories have been at a premium, but the weight of them is not lost on a player who is still finding his way as a professional.

If it weren’t for the injury problems that Bath are having now, Richards would be with the England U20s squad preparing to take on Scotland in their Six Nations opener. However, with the likes of Sam Underhill, Josh Bayliss, Taulupe Faletau, Miles Reid and Richard de Carpentier all out, the teenager is instead getting ready for a trip to North West London and a clash with Saracens.

The next month alone is something of a challenge for Bath, who after Saracens visit Wasps, host Leicester Tigers and then have an away day at Newcastle Falcons.

“We are taking it week by week,” Richards said. “Last week was a great win against Harlequins and now we have got a big test against Saracens. We all know what happened against them when we were at home.

“It wasn’t the best result, so I think we have got a chance to prove ourselves again. We are going to take it week by week, hopefully prove some people wrong, and hope that they enjoy it.

"Right now, we are in a situation where we can do something about it or think that the season is over so that is the main thing, keeping working hard and getting more positive results.”