European glory the aim with expansion of Pro14 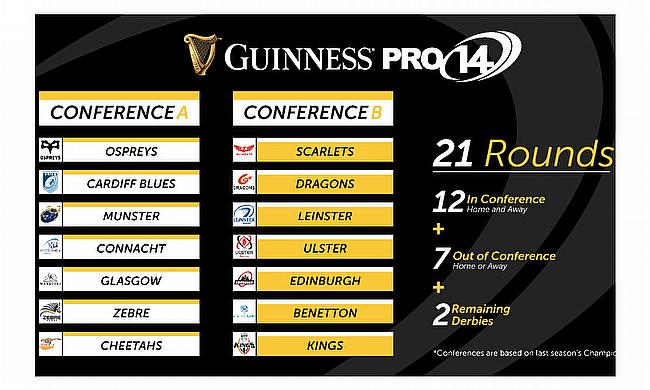 The expansion of the now-Guinness Pro14 by two teams is the latest step on the Celtic teams' quest for a return to European glory.

South African teams Toyota Cheetahs and Southern Kings will join the newly formatted league and will play their home games in South Africa.The league and clubs have been searching for a way to attract more money and increase their allure for the last few years and particularly since the Heineken Cup was replaced by the European Rugby Champions Cup in 2014.

The redistribution of funds from the new tournament was a blow to the Pro14 clubs but it's not the only reason none of them have been European champions since Leinster in 2012.

A combinations of wealthy owners and more attractive leagues with bigger TV deals have saw the clubs in the English Premiership and the Top 14 in France buy a much better standard of player.

While world superstars such as JP Pietersen, Kurtley Beale and Dan Carter have rocked up in England and France in the last few years the Pro14 sides have had to more or less make do with what they have bar the odd big signing although they've very much been shopping in the budget market.

The hope is that the introduction of the two South African teams will give the Pro14 a new lease of life and help to instil a better brand of rugby that will ultimately attract a better TV deal and more money to the league.

The clubs could then go out and compete again for the some of the world's best players who used to arrive fairly regularly, to the shores of Ireland at least.
While there is a sense of excitement and intrigue around the changes not all fans share the league and clubs' enthusiasm.

Munster fan Conor Neligan expressed concerns that the change may be happening at the wrong time, with clubs putting more effort into winning the league in recent years although that is predominantly due to being knocked out of Europe earlier.

"I think the decision is questionable," he said. "I'm intrigued to see if they will be made up of predominantly South African players as it looks like they'll be based out of London

"Personally I don't see much benefit in it. The Pro12 has gone from strength to strength in the last three or four years with teams putting a lot more emphasis on winning the tournament and it has been entertaining.

"You have to be questioning what the Pro12 are to gain from this and what is the motivation behind it."

Ulster fan Alec Cole was slightly more optimistic ahead of the new season and feels it wil attract more eyes to the league.

"I think it'll be good for the sport," he said. "Hopefully it will raise the standard of northern hemisphere rugby.

"It's just a shame it's the two worst south African teams. You just don't want another two teams the same quality of the Italians ones. I am looking forward to it though."

Although concerns are understandable at such a drastic move, the league has been looking at this solution for quite some time - with the introduction of two North American clubs initially sounded out.

While money is the main factor in the restructuring of the league, the clubs will be hoping to put that increased revenue to good use. the South African teams could drive the standard of rugby up as well should they deliver on the expectation of huge physicality in their play.

When viewed through the prism of potential European success, it can only be good for the league and the clubs hoping to wrest Saracens' grip off that illustrious cup.

Whether or not the move will be good for the Pro14 only time will tell but move has certainly got people talking again about a league that was in danger of becoming irrelevant.

I've drifted away from watching the Pro14 over the last few seasons, partly due to the poor performances of my own club, but I'm raring to go now.

I'm interested again and so are quite a few others. If all goes to plan expect a European champion from the Pro14 over the next few seasons.