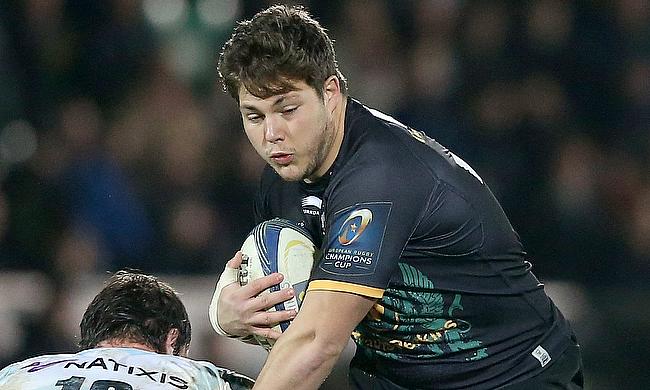 Waller started his professional rugby career with Northampton Saints in 2012 and after loan stints with Coventry and Moseley, he headed to Sixways in 2017 and has racked up close to 100 Premiership appearances for both the clubs combined.

The 27-year-old becomes the seventh player in recent times to commit their future to the Warriors after Ted Hill, Andrew Kitchener, Francois Venter, Nick Schonert, Sam Lewis and Anton Bresler.

“Re-signing was one of the easiest decisions I’ve made. I love the boys and the role I’m privileged to play in this squad,” Waller told the official website of the club.

“I signed here nearly three years ago because I truly believed in the potential the club has and we’re really starting to show it.

“It’s one of the tightest groups I’ve been involved with and I’m ecstatic to be part of the journey over the next two years.”

Meanwhile, Worcester Warriors director of rugby Alan Solomons reckons Waller has all the attributes to be an international player.

“It is brilliant news for the club that Ethan has decided to stay on here at Sixways,” said Solomons.

“He is an absolutely outstanding loosehead prop and I have no doubt that it is but a matter of time before he plays for England.

“He is a good scrummager and tremendous around the field. In addition, he is a great bloke and a terrific team man who adds huge value. I am overjoyed that he has elected to continue his career here at Sixways and look forward to working with him.”

Worcester Warriors are currently positioned fourth in the Gallagher Premiership table with three wins from five games while they are second in Pool 1 of the European Challenge Cup with two victories from three matches.