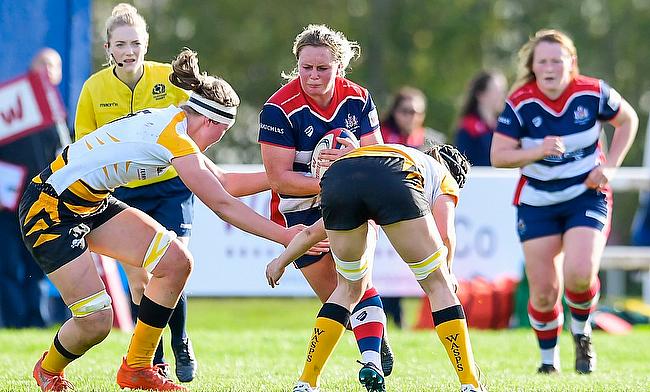 The 29-year-old made her England debut in 2011 and was part of the 2017 Women's World Cup squad where the team went on to lose the final to New Zealand. Noel-Smith has overall featured in 42 Tests for England and has also enjoyed two Six Nations Grand Slams success.

"I’ve played rugby since I was eight-years old, I was the only girl in an all-boys team; I didn’t even know a girl could play for England,” said Noel Smith.

“The journey has meant so much to me and it’s been a huge part of my life, so I know it’s going to be strange when it ends, but it’s exciting to have things on the horizon.

“Playing for your country and singing the national anthem is something that never loses its sparkle, it is so special. To look up and see your family and friends staring back at you is an immense feeling of pride. Every time you take the field it is as if they are there in the shirt with you.

“Rugby has been such a huge part of my life. I’ve experienced so many highs and lows and am lucky to have made so many friends for life.”

Her professional rugby debut though came with Monmouth minis before joining Hereford, Doha, Cullompton, Bath and her switch to Bristol Ladies came in 2013.

“Izzy is a player that always brought a lot of energy to the squad, in camp, in training and on pitch. Izzy had a great skill set that enabled her to adapt and play in a variety of positions in the back row, which is a real asset for any team to have.

“Izzy should be immensely proud of her contribution to the game and we would like to thank and recognise her for her dedication, hard work and commitment over the past number of years. We want to wish Izzy all the best as she starts her next chapter."