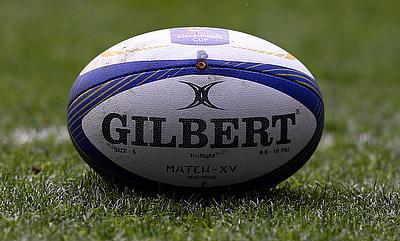 England Women Sevens settled for a seventh-place finish in the Kitakyushu leg of the Women's World Rugby Sevens series after a 36-5 win over China on Sunday.

In Sunday's knockout stages, England lost narrowly 5-7 to Spain in the Cup quarter-final, and were then beaten 0-41 by Russia. James Bailey's side recovered to win 36-5 against China in the seventh place play-off.

After finishing third in Pool C, England faced Pool A winners Spain in the Cup quarter-final and it was a tight game throughout. England led 5-0 at the break thanks to Deobrah Fleming's score and looked to be heading into the last four in the closing stages.But it would be late heartbreak for England as their defence was broken through the middle of the pitch and Spain dotted down just right of the post, and converted, as they progressed.

In the fifth place semi-final it was an impressive performance by Russia's Alena Mikhaltsova as she ran in five tries in their 41-0 victory.

England brought their tournament to a close against China and were ahead with their first meaningful attack of the game as Abbie Brown broke through and offloaded to Deborah Fleming. Lydia Thompson and Heather Fisher tries gave put England control at half-time as they led 19-5. Patience in attack saw Millie Wood finish off a classy move, Jess Breach's grabbed her third try of the weekend and Vicky Fleetwood's classy finish got up to six tries in what turned into a comfortable win.

James Bailey, England Women Sevens head coach, was positive when reflecting on the team's performances over the last couple of weeks. "It was always going to be a big challenge coming from the Commonwealth Games, and to back up our performances from there. We started with two incredibly tight games yesterday against Canada and Russia, and I was pleased that we put in two decent performances there, coming out on top against Canada."

"I’ve been really proud of how the team have demonstrated our values and have kept fighting through to the end of every game. We didn’t quite match our levels against Fiji last night, or Spain this morning, but it was good to finish on high against China," continued Bailey. "I’m very positive with how we are growing as a team. There is still some work to be done, but we are making good steps to be in the best place for the Rugby World Cup Sevens in San Francisco."