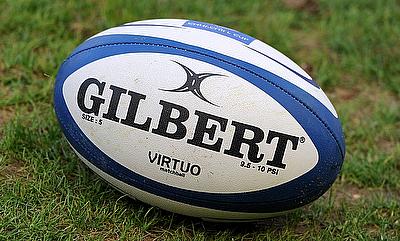 A week on from winning a bronze medal at the Commonwealth Games in Australia, England opened with a 10-17 loss against Russia, before facing Canada, who they beat in the bronze medal match in Gold Coast, with Emily Scott's late try sealing a 21-19 win. In their final game of day one, England went down 10-31 to a clinical Fiji side.

England opened against Russia in the first game of the tournament and had taken a 10-5 lead into half-time with scores from Lydia Thompson and Heather Fisher. However, two late scores from the Russians, who are joint second in the standings for this season, saw them secure the win.

Against Canada, England were ahead inside the first minute through a set piece move that Jess Breach finished off smartly following a clever step around the outside. In a tight game throughout Canada levelled before Fisher got her second try in Japan as England led 14-17 going into the break. Two scores from the Canadians however looked to have secured them the win, before Emily Scott crossed and Natasha Hunt nailed the conversion for a 21-19 victory.

Fiji were the opponents for England's final group game and despite early pressure from England, it was the Pacific Islanders who pounced on a loose ball and Tima Ravisa ran the length of the pitch to score. Viniana Naisaluwaki Riwai got the Fijians second before Ana Maria Naimasi added a third on the stroke of half time. Jess Breach's raw pace got England back into the game with one of the first plays of the second half, but Fiji responded seconds later to restore their three try advantage. As James Bailey's side pushed forward again Fiji got their fifth try from Naimasi before a consolation score from Millie Wood, who had come on to the field as a late replacement.