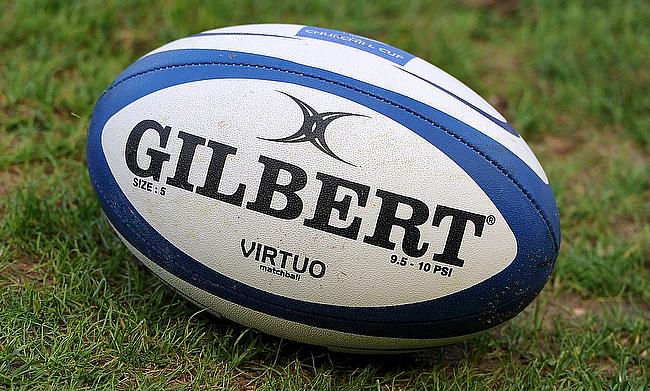 Team England Women Sevens made history at the Commonwealth Games by securing the bronze medal in the first time that women’s rugby sevens has been included at the Games.

Led by Abbie Brown, the England side defeated Canada 24-19 in the bronze medal match at the Robina Stadium on the Gold Coast after losing out to New Zealand in the semi-final on day three of the competition.

Against Canada, England dominated possession in the opening exchanges and were rewarded following a Canada sin bin as Lydia Thompson stepped through the defence to score.

Deborah Fleming's fourth try of the tournament got England's second before she offloaded to Claire Allan who secured their third try of the match.

Two quick-fire Canada tries then made for a tense finish but England held on to secure the bronze medal.

“We gave 100% on the field and we did it for everyone who has supported us, the girls back home, the staff – absolutely everybody – so to come out here and get a medal is an amazing feeling,” said captain Abbie Brown.

“Canada are a great team and we knew that they would tested us but we didn’t let them get back in.

“To come out here with a new group of girls and win bronze is amazing – this is the start of something special and I'm so proud of all of the girls. I couldn't have asked for more."

Head coach James Bailey added: “I’m over the moon and incredibly proud of what is a very special group. They’ve come together and have put in a brilliant performance across the weekend – I’m a very proud coach.

Against one of the favourites for this competition, England went down early on to the Black Ferns in the semi-final when Sarah Goss broke the line.

However, New Zealand were ahead again when Michaela Blyde crossed and then they had to put in a big defensive effort to keep out wave after wave of England pressure on their line.

Shakira Baker and Woodman did go over in the final few minutes to confirm the win as they progressed to the final.

In the pool stages on days one and two, England scored in the first minute of their first game against Fiji as Deborah Fleming went over, with Emily Scarratt and Lydia Thompson adding scores in the 17-5 win.

Against Australia, the game was finely poised at 12-12 at half-time as captain Abbie Brown and Fleming went over but the hosts - who would go on to progress to the final -pulled away in the second half of the game.

Knowing a win against Wales would secure a semi-final spot, England were ahead after 40 seconds through Fleming's third of the tournament.

Natasha Hunt's two tries and one each for Scarratt, Emily Scott and Amy Wilson Hardy saw England reach 45 points and set up the last four game against New Zealand.