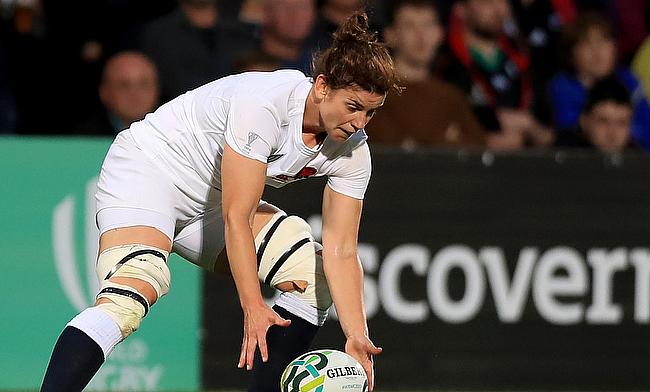 The win follows England's clinical display in the ongoing Autumn Internationals after they completed a double against Black Ferns over the last two weekends. The result also meant England now have stretched their winning streak to 17 games.

They will be facing United States in Worcester on Sunday and a win would see them level England's men's record of 18 successive Test wins which they achieved between 2015 and 2017.

England got off to a racing start as Helena Rowland sent a 10m pass for Cowell, who dived in the corner in the fourth minute on her Test debut. Zoe Harrison's conversion went wide as England's remained at 5-0.

The visitors responded back in the 22nd minute as Paige Farries intercepted a pass from Harrison to touchdown and fly-half Brianna Miller kicked the conversion as they went into the lead of 5-7.

The lead was short-lived as England responded back strong with Bern breaching a couple of Canada defenders to dot down and Harrison kicked a conversion and followed with a 30m penalty goal to make it 15-7.

Canada managed to reduce the gap before the break with wing Sabrina Poulin displayed a splendid solo effort making it 15-12 before Cowell's second try at the final stage of the opening half ensuring the red rose team had a 20-12 lead heading into the second half.

England extended their momentum into the second half with Bern crossing over for her second try and Harrison's conversion meant their lead increase to 15 points. It was all one side traffic from there on as Claudia MacDonald dived at the back of a rolling maul and Harrison improved to make it 34-12.

Another penalty from the boot of Harrison made it 37-12 before further tries from Alex Matthews and MacDonald took their tally past the 50-point mark.