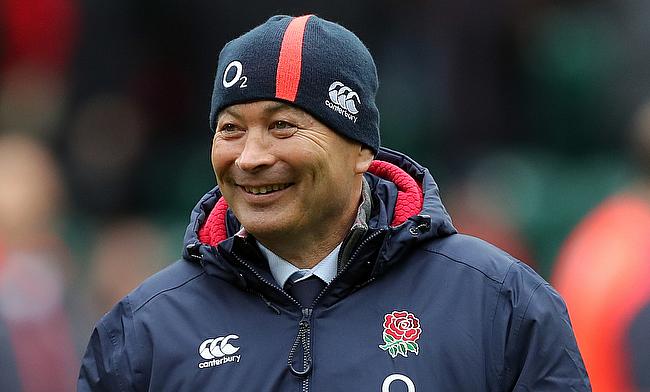 As England are set to take on Samoa in the final game of the autumn internationals, we take a look at few of the key points ahead of the encounter.

After winning all 19 of his England caps as a replacement, Jamie George finally makes his first start. The Saracens man is widely viewed as the best performing hooker in the Aviva Premiership, but his international opportunities have been limited by Dylan Hartley whose leadership has been integral to the team's success. Three Test starts for the British and Irish Lions during the summer have whetted George's appetite for life as a starter and Saturday provides an opportunity to advance his claim.

Life without Hartley is the potential scenario that sees Chris Robshaw and George Ford start as co-captains, reprising the roles they performed against the Barbarians in May. It will be the first time in Jones' 23 Tests in charge that Hartley has not been at the helm and although the Northampton hooker will take charge when he appears as a second-half replacement, England are contingency planning in case they lose their talisman.

Of the nine changes made for Samoa's visit, the most intriguing is the overhauled midfield that sees Henry Slade and Alex Lozowski paired together for the first time. A maximum of 20 Tests offer plenty of time to finalise selection before England name their squad for the 2019 World Cup but with Jones unlikely to include both Slade and Lozowski, who are playmakers, the need to perform well is particularly pressing.

Jones reaches the halfway stage of his reign with the conclusion of this autumn's series and with Samoa highly unlikely to cause an upset, the ledger seems destined to read 22 wins from 23 Tests. It is a remarkable return scarred only by defeat to Ireland in March. Bigger challenges lie ahead - the fixture against New Zealand next November dominates the horizon - but the opening phase of Jones' stewardship has so far surpassed all expectations.

England's stars opted against donating a portion of their £23,000 match fees to the Samoans, who receive only £600, in the belief it was unethical and amid the confused political landscape. If nothing else, the publicity surrounding the decision has highlighted the Pacific Islanders' bleak financial outlook.