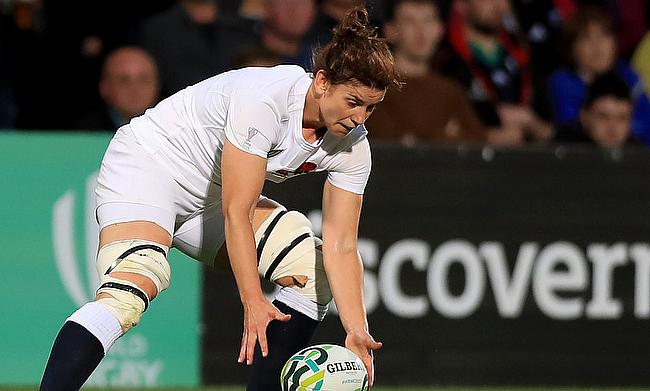 Sarah Hunter will chalk up 100 England appearances against Canada
©PA

England Women's side captain Sarah Hunter will be making her 100th appearance at the international level during the second Test against Canada to be played on Tuesday.

The 32-year-old made her professional rugby debut in 2004 for Lichfield and switched to Bristol in 2015. She will start at number eight for the second game while Loughborough Lightning second row Catherine O'Donnell and Darlington Mowden Park Sharks flanker Jo Brown both make their debuts.

England head coach Simon Middleton has made six changes to the side that won 79-5 against Canada in the first game of the series with Jess Breach, who scored six tries on her debut moving to right wing from left.

"We haven't made wholesale changes as we want to maintain core stability and that's been the approach with this particular side," Middleton added.

"We have mixed the forwards a bit more and the backs remain stable, with that we know we will create opportunities to get the younger players on the ball again and give them a chance to shine."

Gloucester-Hartpury full-back Ellie Kildunne and Lagi Tuima are also in line to make their debut off the bench.