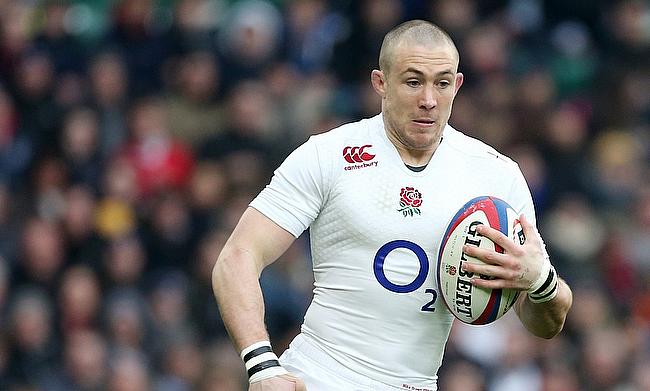 England went on to lose their fifth consecutive game as South Africa came up with a clinical display to win the second Test in Bloemfontein with a 23-12 margin to complete a 2-0 series victory with a game to go.

The win has taken the Boks to the third position in the rankings and this is the first time since 2014, England have gone on to lose five games in a row.

England raced off to a promising start when Mike Brown breached the defence of South Africa to score the opening try in the 10th minute and a conversion from Owen Farrell took them to a 0-7 lead that became 0-12 two minutes later when Jonny May went past Aphiwe Dyantyi to dot down the second for the visitors. Farrell missed out on the conversion this time.

The home side started to turn things around after a shaky start and it was Tendai Mtawarira on his 100th appearance made an impact in setting Duane Vermeulen in the 24th minute. Handre Pollard slotted the extras and he followed it with back to back penalty kicks as the teams went into the break with a 13-12 scoreline.

England also suffered a setback when Billy Vunipola was withdrawn with another injury at the half-time mark.

South Africa showed a better intent in the second half as Kyle Sinckler succumbed to pressure following a huge scrum from the home side and it eventually earned them a penalty try. A vivid Eddie Jones replaced Sinckler straightaway but a third penalty goal from Pollard increased South Africa's lead to 23-12.

Jones made a number of changes with even Danny Cipriani coming off the bench - his first appearance for England since 2015 but their infringements continued to haunt them. This time Nathan Hughes was sin-binned in the 69th minute and that pretty much closed the door for England as they succumbed to their second defeat in the tour.