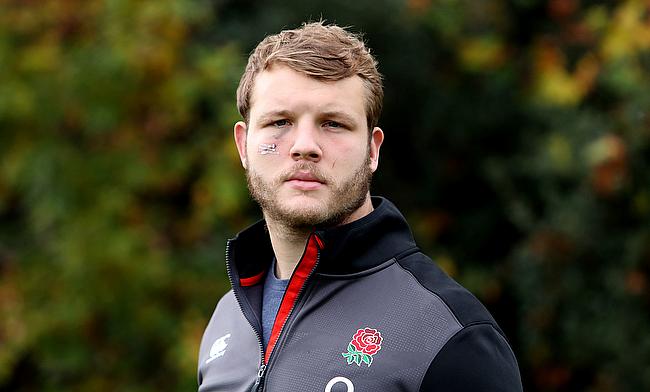 Joe Launchbury is set to feature in the second Test
©PA

England coach Eddie Jones has named Wasps lock Joe Launchbury in the squad for the second Test against South Africa to be played in Bloemfontein on Saturday.

The 27-year-old missed the first Test in Johannesburg due to a calf injury but is now set to replace Nick Isiekwe as the red rose team will be desperate to make a comeback following their 42-39 defeat.

The news was confirmed by England assistant coach Steve Borthwick.

"Joe trained very well today, and is fit and available for selection," Borthwick said to BBC.

"Even though he wasn't available for selection last week, his influence was excellent, which was great credit to him".

Meanwhile, Jones is also considering to hand Brad Shields his first start despite the latter having a mixed debut off the bench last weekend.

Borthwick believes the former Hurricanes captain can be more than handy with his experiences in New Zealand.

"While Brad is not experienced at international level, he is a very, very experienced rugby player.

"The first thing that helps him fit in is his character. He has come into this squad, worked extremely hard, and earned the respect of his team-mates."

Following the second Test, the two teams will lock horns in the third and final game on 23rd June in Cape Town.