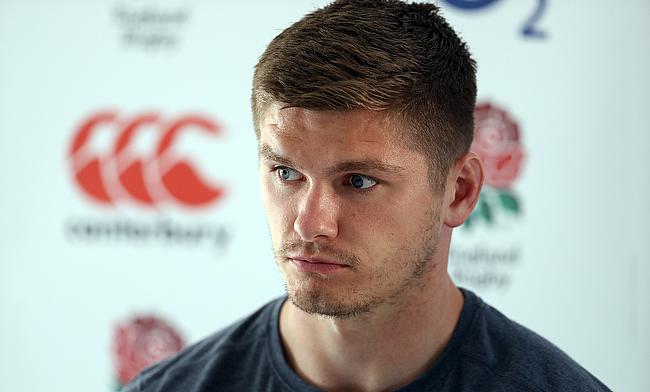 England will be better prepared for Saturday’s crucial second Test against South Africa in Bloemfontein, according to captain Owen Farrell.

Last weekend’s defeat at Ellis Park against the Springboks saw Eddie Jones’ men fall to their fourth test defeat on the spin.

England raced into a 24-3 lead six days ago, but once South Africa gained momentum, Farrell said his side failed to deal with their hosts and that has been the focus this week as they look to stop the rot.

“I thought we did get the emotion right (last week), just when the pressure came on and they started getting momentum we probably didn’t cope with it as well as we should’ve done, so we’ve spoken a lot.

“The last thing we should do now is panic or worry, it is about us practising how we get it right. We had a good training session on Wednesday which we felt there was more control in what we were doing and we’ve got to carry on building it towards this weekend.”

Jones said this week that “there is always doubt and always pressure” for England and as captain, Farrell knows that the team need to be all on the same page if they are to get a result on Saturday.

Farrell added: “The main thing for me as a captain or one of those senior leaders in the team is to make sure we’re all pulling in the right direction and we’re all doing that.

“I don’t think anybody doesn’t believe that we’re able to win the test match at the weekend. What we’ve got to do is get it right between now and then.”

his is the first time Robshaw has been dropped from the England squad ever since Jones took charge of the side and is one of the two changes made from the side that lost 42-39 in the opening game in Johannesburg.

Robshaw's place in the XV has been taken by Brad Shields, who is contracted with Super Rugby club Hurricanes. This will be the first start for the 27-year-old after he made his debut off the bench in the previous game.

Shields will return back to Hurricanes after the tour and will join English Premiership club Wasps at the end of the ongoing Super Rugby season.

The other change sees Nick Isiekwe making way for Joe Launchbury, who has passed the fitness test after missing the opening game of the series.

Meanwhile, Danny Cipriani has been named on the bench and is set to make his first appearance for England since 2015.

"It's tough on Chris Robshaw, he's been outstanding for us," said Jones.

"But I know he will bounce back.

"Danny Cipriani will come onto the bench as we are looking for something a little bit different to finish the game, which he can bring.

"Owen Farrell, with a number of the senior players, has really moulded the squad together.

"They are working hard to improve their game to make sure we win."