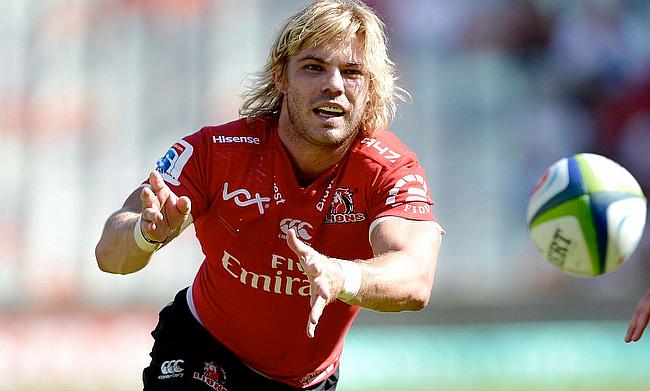 Sale Sharks managed to overcome a Robert du Preez red card as they edged out Gloucester Rugby 25-22 in the latest round of the Gallagher Premiership at AJ Bell Stadium.

This is 11th win for Sale Sharks from 16 games as they moved to the third place in the table while Gloucester continue to remain at 11th place after losing their 12th match.

Sale Sharks had to play most part of the game with 14 players after du Preez was red carded in the 25th minute for a dangerous tip tackle on Val Rapava-Ruskin but despite that they managed to hold off Gloucester in a thrilling encounter.

Sale Sharks got their opening try in the seventh minute as a perfect offload from du Preez sent Faf de Klerk unopposed. The fly-half also followed it with the conversion to take them to a 7-0 lead. The response from Gloucester came through England international Jonny May as he sprinted inside the Sale 22 and eventually dotted down but George Barton missed the conversion.

Sale further extended their lead when Arron Reed and Sam James combined before the winger crossed over but du Preez's conversion went wide as the scoreline became 12-5 by the 21st minute. Three minutes later du Preez was sent-off and Barton with his first successful kick ensured the visitors reduced the gap to four points at the end of the opening half.

Aj MacGinty, who took over the kicking responsibility in the absence of du Preez slotted a penalty early in the second half to make it 15-8 and despite a player short, Sale went on to press for their third try which came through Marland Yarde in the 54th minute. MacGinty kicked the conversion to make the scoreline 22-8.

The Cherry and Whites made a late fightback when they created a gap allowing Santiago Carreras to dive in the corner in the 58th minute and five minutes later it was the turn of Willi Heinz. With Billy Twelvetrees kicking both the conversions right the scores were levelled at 22-22 heading into the final 10 minutes.

The decisive moment came in the 71st minute when consistent pressure exerted by Sale saw them win a penalty following a destructive driving maul and MacGinty got it to to perfection to take them to a three-point lead which they managed to hold off to complete a thrilling victory.