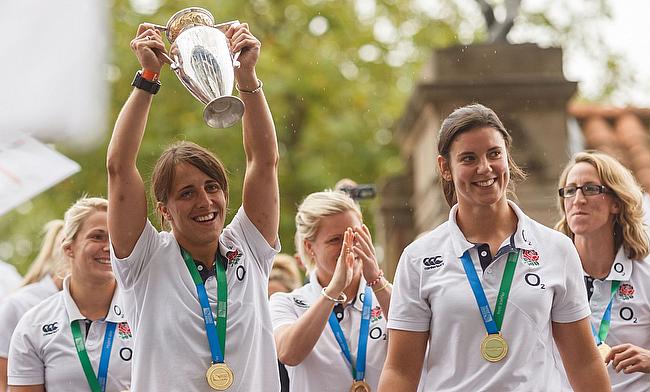 World Rugby on Wednesday has announced the draws for the Women's Rugby World Cup with the defending champions England likely to take on Scotland in the group stage.

With Pool B already comprising of England, Italy and USA, Scotland will have to beat Spain in the play-off this month to join them.

Pool A consists of Wales along with Canada and New Zealand while Ireland form Pool C with France and Australia.

The remaining slots in Pool A and Pool C will be filled by two of Fiji, Hong and Japan, who are currently competing in the Asia/Oceania qualifiers.

World Rugby chairman Bill Beaumont hopes the increasing popularity of the game will encourage more women and girls to take the game seriously.

"The last Women's Rugby World Cup in France was a watershed moment for the women's game, with record crowds and massive TV audiences watching across the world.

"There are some fantastic matches in store in August and, with over two million women and girls currently playing the sport, I have no doubt that next year's Women's Rugby World Cup in Dublin and Belfast will be a fantastic event and encourage many more women and girls to get involved with the sport."

The tournament is scheduled to take place in Belfast and Dublin between 9th and 26th August.

England women's head coach Simon Middleton told www.englandrugby.com said he is wary of the challenges ahead in their title defence.

"Every game needs to be treated on its merits, and delivering to the high standards we set ourselves will be our objective from the outset. This is a World Cup, and we anticipate an outstanding level of competition.

"We expect tough games and will continue to prepare for the World Cup with a single focus of retaining the title."