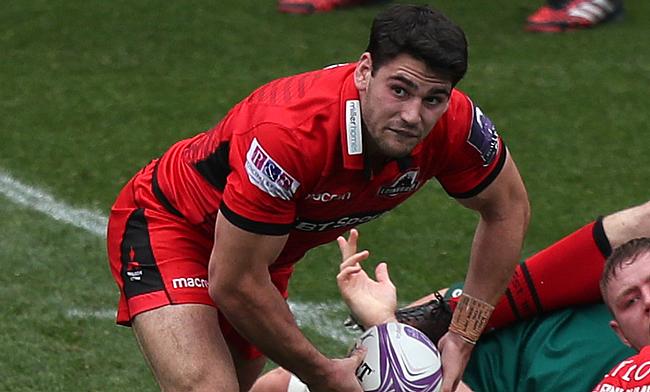 Replacement Sam Hidalgo-Clyne scored a hat-trick in the final 10 minutes as Edinburgh completed a 21-48 bonus point victory against Southern Kings in their Pro 14 encounter on Friday.

This is Edinburgh's sixth win this season as they maintain the fourth position in Conference B while Kings have lost all the 10 games and are languishing at the bottom.

Edinburgh received a huge boost ahead of the encounter with seven Scotland players joining the squad following the autumn internationals and the intent was evident in the first five minutes when Fraser McKenzie (2') and Viliame Mata (5') went past the line and a conversion from Jaco van der Walt made it 0-12.

The problems compounded for Kings when Schalk Ferreira was sin-binned in the ninth minute and van der Walt kicked a penalty goal to make it 0-15 in favour of the visitors.

Kurt Coleman kicked a 12th minute penalty to get Kings off the mark but the onslaught from Edinburgh continued when Grant Gilchrist crashed past the line in the 18th minute as Richard Cockerill's side increased their lead to 19 points.

Just as it looked like another tough game on the cards for the Kings, they finally decided to step up the ante with a try from Harlon Klaasen (21') with Coleman adding a conversion and back to back penalties as they reduced the trail to six points at half-time.

Edinburgh enjoyed some pressure early in the second half but there were no more scores until the hour mark when Hidalgo-Clyne fed Fife following a scrum five metres out.

Hidalgo-Clyne then took centre stage, converting all three of his own tries in the final 10 minutes, before Dries van Schalkwyck scored a last-minute consolation try after du Preez was yellow-carded.

Pro14 matches in Italy postponed due to coronavirus