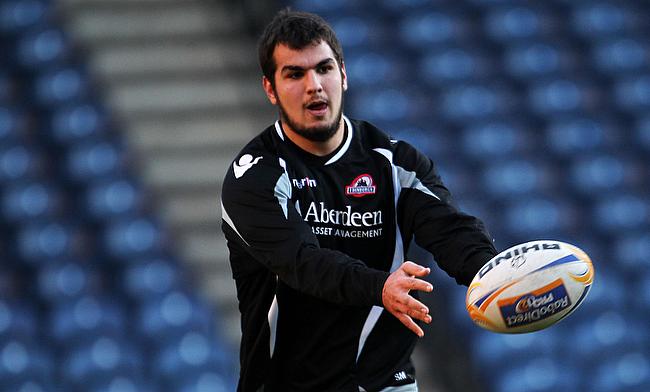 Edinburgh's Stuart McInally, pictured, will share the captaincy of the club with Grant Gilchrist
©Press Association

Edinburgh have named Scotland internationals Stuart McInally and Grant Gilchrist as the co-captains for the upcoming season.

His international appearance for Scotland came in 2013 and in the last two years, the 26-year-old has played 12 Tests. He has also captained the national team against Argentina in 2014.

McInally started his career at number eight before turning to hooker in 2013 and made his debut for Edinburgh in 2009. In the last one-year, he has made nine appearances for Scotland despite missing the 2015 World Cup with an injury.

Head coach of Edinburgh, Alan Solomons believes the pair has the potential to lead the club to a successful season.

"At this stage of the club's development, with the players needing to assume responsibility for their performance, the situation is ideal for a co-captaincy.

"This is underscored by the fact that in Grant Gilchrist and Stuart McInally we have two established Scottish international players who are both excellent leaders on and off the field. They also complement each other very well in their styles."

Both McInally and Gilchrist expressed delight on their new role with Edinburgh and looking to complement each other.

"It's a huge honour and I'm looking forward to the challenge ahead alongside Grant. Captaincy is something that I've done throughout the age grade ranks, so it sits very comfortably with me," said McInally.

"I'm very proud to be given the opportunity to captain Edinburgh alongside Stuart, and I'm personally looking forward to being back playing rugby in the Edinburgh jersey," added Gilchrist.