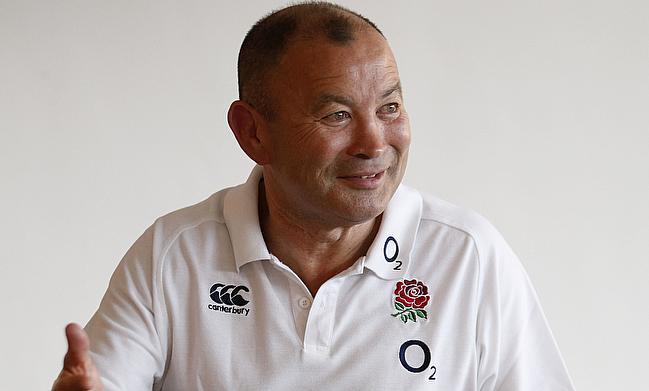 The scriptwriters were in full swing as well. Hosts France will take on New Zealand in a mouth-watering Pool A match-up, and we will witness the third instalment of Wales v Fiji v Australia as the trio are set to meet at a World Cup yet again.

The world champions, South Africa, will of course play a leading role in three years time and the Springboks have been cast alongside both Scotland and Ireland in Pool B.

However, the romantic element of the World Cup draw comes in Pool D. When the tournament begins on September 8th 2023, it will almost be eight years since Eddie Jones led Japan to the greatest shock in the competition’s history when his side defeated South Africa.

That particular victory in Brighton was arguably the spark which set Japanese rugby alight, and Jones will get the chance to face his former employers at the next World Cup.

His current side have also been drawn with Argentina, but England’s fixture against the Brave Blossoms will be a special occasion for Jones.

“I had this gut feeling we were going to get Japan," he said. "The Japanese will be good fun because they will be desperate to beat us and it will be interesting. I think they are already buying tickets here in Japan!

“I think my wife has already bought a half English, half Japanese shirt, but I will do some work to make sure she has got the right shirt on! I have already got a number of texts from Japanese friends about how much they are excited about the game.

“It is wonderful to see Japan in such a prominent place in world rugby and it gives opportunities to what other teams can do and I think that is the exciting thing.

“All the pools are tough pools. They are all getting much closer where before, you could say two teams are going to be in the quarter-finals, but now I think the growing globalisation of the sport of rugby, the gap between Tier One and Tier Two is now getting smaller and the likelihood of upsets is much greater so I think it is all poised to be a very exciting World Cup.”

Only 12 teams have qualified for the tournament so far, with eight qualifiers to be finalised by November 2022.

England could also potentially play the likes of Tonga and Canada in the group stage, but after being drawn against an improving Argentinean side, Jones hopes to meet Los Pumas before the World Cup whilst he also feels Japan are only heading in one direction.

He added: “Certainly we want to play Argentina again to see how they have changed because they were pretty impressive in the Tri-Nations recently and Japan hasn’t played a game in 12 months so there will be some movement in their team so we will keep a close eye on them.

“They set up their league to completely support the Japan national team. Their domestic league will go from January to May and then basically, the national team has all the players from June to December. What other team in the world has that?!

Former Japan head coach, Eddie Jones seems to be intrigued by the encounter! ??

“They are putting themselves in the best position to keep growing. They have got good talent. The younger players in Japan believe they can beat teams from around the world so they are growing in belief. There is no reason why the national team won’t keep improving.”

Jones also admitted the top 10 countries in the world – which currently includes Japan – should take part in regular competitions.

The England head coach highlighted the progression of Georgia during the Autumn Nations Cup as an example, but he doesn’t think a change in tournament structures will be implemented before the 2023 World Cup due to the distribution caused by Covid-19.

Despite the disjointed nature of 2020, England will conclude this year with two more titles in their trophy cabinet after securing both the Six Nations championship and the Autumn Nations Cup over the last two months.

The style of play adopted by Jones’ side throughout the recent internationals – especially in the Autumn Nations Cup final against France – was criticised but the England boss feels his charges are developing a winning habit which will hold them in good stead for the World Cup.

“We won the Six Nations twice, all be it the eight nations [Autumn Nations Cup] in a different form and that is a fair achievement in itself,” Jones added.

“I know you guys like to talk about the style of play, but style for me is about how you meet the demands of the game and we want to be a positive team.

“The human reaction after the game [v France], the joy on our players’ faces was fantastic. I have never seen such a happy dressing room. Twelve months after losing a World Cup final, to win a final was good practice for us. Everyone can criticise the way we play, but the only currency we have is winning.”