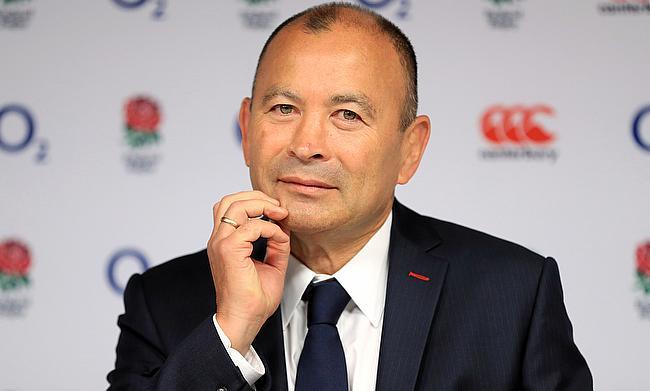 Trainee accountant Forbes not in Scotland squad to make up the numbers
Premiership game between Bath and Gloucester cancelled
Scotland include 17 uncapped players in squad for summer series
Nate Ebner Exclusive: “Rugby made me the way I am”

When Eddie Jones last faced the English media, it was following the 32-18 loss at the hands of Ireland, a defeat that consigned his team to a fifth-place finish in the Six Nations.

In the months that have followed, Jones has been the subject of many ponderings from around the world of rugby. First came a review into his team’s performance at the tournament, the Australian maintaining the full backing of the RFU, whilst also recognising a sub-optimal campaign.

Introducing additional support structures for Jones, including the introduction of external rugby experts inform all future debriefs to provide support for the 61-year-old. Just days after the findings of that debrief, Jones was the subject of further umbrage as a result of his consultancy work for Suntory Goliath.

Beauden Barrett praised Jones for helping him become a better player, but with the All Blacks no doubt going to be one of England’s main opponents at the Rugby World Cup in two years’ time.

Having had an association with Suntory for over two decades, Jones said today that not only is the work he does for external parties in his own time, it is also only to the benefit to him as a coach.

We can't wait to get back to @Twickenhamstad in front of fans ??

Eddie will name his England squad for our Summer Series next week ??

Jones will be getting more hands on with his coaching for this Summer anyway, so maybe a little bit of practice was in order. Following the departure of Jason Ryles as skills coach and Simon Amor as attack coach, Jones has confirmed that he will be taking on the mantel of attack coach for at least this summer.

Having performed a similar role at the start of his time with England before Scott Wisemantel was installed in the backroom staff a year or so before the 2019 World Cup.

Having performed poorly in that particular aspect of their game during this year’s Six Nations, the tests against the USA and Canada this summer will no doubt offer some welcome relief from pressure for Jones, John Mitchell and Matt Proudfoot.

As preparation for this stint as, not only has Jones been in Japan with Suntory, but he has also spent several days with Super League side Hull FC. How long that the 61-year-old will take on the role is still in debate, with the extra responsibility seemingly a needs must at the moment.

“It is an opportunity for us,” Jones explained when asked about taking on a full-time attack coach later this year. “Simon (Amor) and Jason (Ryles) have left for various reasons; it is a chance for us to build our coaching team up to the World Cup.

“We have got a two-year period, so what we want to do is make sure we put together a world class coaching team for the World Cup, that’s our priority. For this summer tour, I’ll handle this attack, the responsibility of the head coach can be quite varied.

“So, I will be up to do it this tour, whether I can do it going forward, we will wait and see if I can find someone better than me.”

With 10 of Jones’ current crop of England players selected by Warren Gatland for the British and Irish Lions, these summer tests give Jones a chance to identify young talent to make the squad more competitive.

With Ellis Genge, Kyle Sinckler, George Ford and Sam Underhill all available to England, there is going to be plenty of experienced players on hand to lend their time to the youngsters hoping to make a shirt their own in July.

It was much of the same in 2017 when numerous players were away with the Lions, and the likes of Tom Curry and Underhill used their opportunity in Argentina to become starters for their country. Now each of the flankers are a big part of how England play and Curry is taking part in his first Lions tour.

With just two full tests this July, Jones announces his squad for the summer a week on Thursday and says that while the opposition isn’t of the same calibre of Argentina, he will learn plenty about the players he is planning on bringing in later this June.

“The great thing is, we get an opportunity to work with these players for four weeks,” Jones said. “You learn a lot about a player in four weeks, about their attitude, their ambition, their ability to be a good teammate, how much they want to grow as a player. How coachable they are, all those sorts of things.

“So, whilst maybe the opposition is not going to be as it was in Argentina, we will learn about the players. For us, that’s the most important thing.”