Eddie Jones: Furbank’s value & why Underhill is one of the world’s best 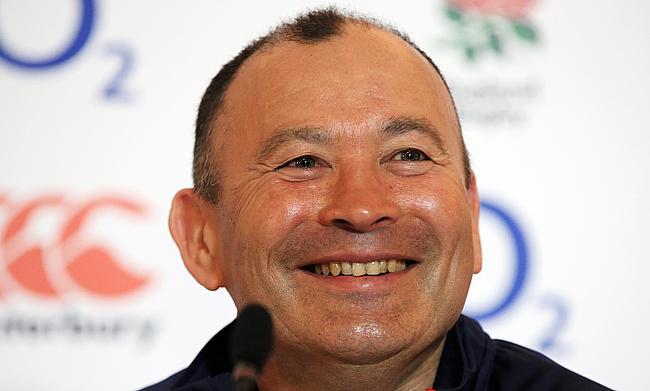 George Furbank starts at fullback for England for clash against France
'In parts we have been brilliant' - George ahead of Six Nations finale against France
Adam Nicol opens up on injury nightmare: “It feels so good to be back”
Damian Penaud returns to France line-up for encounter against England

As Eddie Jones sits in his chair in Paris, it seems as though he is the calmest man in the world.

There is reason to be so, he and his England team have had a somewhat subdued week, the Australian and his coaching staff only arranging one training session prior to Friday, letting the group get their bodies right after a taxing encounter with Ireland last Saturday.

Following a day off in the French capital today, the fate of numerous players in the squad were made known.

Jones has made five changes as his side hope to end France’s chances of a Guinness Six Nations Grand Slam, with Will Stuart, Nick Isiekwe, Sam Underhill, Ben Youngs and George Furbank all in the starting side.

Clearly there is a plan to take apart a France team that kick the most in the world of rugby, England seemingly hoping to kick the ball more themselves and disrupt their hosts.

Steward will be directly up against Gabin Villiere, the Leicester Tigers back having a six-inch height advantage of his opposite number, the intention of putting the Toulon wing under pressure a clear one.

Furbank’s inclusion is easily the selection with the most intrigue. Making his Test debut in France two years ago, the 25-year-old had a difficult outing that day, falling away from the squad in the weeks that followed, but after a series of strong domestic performances made his way back into Jones’ plans.

“George, we see as a valuable player going forward,” Jones said. “In the modern game – in terms of a full-back – he has got all the repertoire to be very successful.

“He can also fill in at 10, which we saw against Tonga in the autumn, and he has been doing that for his club.

“The way France play, we feel he is the best full-back and Freddie’s the best winger in this game only.

“It is a one-off selection and it is funny how the cycle changed, isn’t it? In two years, George went from being a debutant to no, again, making the biggest game of his career up to this stage, and he is well-equipped to handle it.”

Any encounter where Gallic flair comes toe-to-toe with an Anglo side, there is much to enjoy. In recent years, this clash has been something of a mixed affair, England having won two of the last three encounters.

Whilst a figure of five changes is in some ways a little daunting, the reality of the alterations can all be explained.

In the case of Youngs, and to an extent Furbank, England want to control the pace for at least the opening two quarters prior to unleashing Harry Randall, Ollie Chessum, Alex Dombrandt and Elliot Daly.

Sam Underhill’s addition to the squad is a welcome one. In recent months the Bath flanker has suffered consistent setbacks, the 25-year-old having had a significant layoff with injury, then illness and then a concussion.

The time of his return is perfect also, with England having lost Tom Curry to a hamstring injury last weekend, the Sale Sharks flanker set to be out for at least two months.

“Having lost Tom Curry, the timing of having Sam Underhill available and ready to go is uncanny,” Jones said.

“Sam, at his best, is one of the best openside flankers in the world. His ability to chop tackle, his ability to get his head over the ball, his ability to be a powerful ball carrier is second to none and he has come back into camp after what has been an extremely difficult period for him.

Ahead of ‘Le Crunch’ I spoke to former France A international and journalist, Jérôme Riondet.

Discussing England and France in depth, read the full article by clicking the link below.

“He has been through a long concussion rehab, he had illness, he had an injury, he has been playing in a club team that has been struggling, which is difficult all-round for your morale as a player.

“He has come back with a real spring in his step, and I think his job is to make sure he is the best version of Sam Underhill on Saturday, and I am sure we are going to see that.”

France have opted for a 6-2 split on the bench, all whilst having their regular cast of superstars across the starting XV.

Playing in front of a sold-out home crowd, France have all the pressure on their shoulders, the team looking to register their first major victory as a group, their ambition of winning the Rugby World Cup in 2023 firmly on their minds.

From the outset, the latest edition of Le Crunch is set to be an all-time classic. England are hurting, misfiring throughout the Six Nations, the ‘New England’ project having not really progressed or regressed.

France in the meantime have done exactly as expected, this golden generation of players looking to win a Grand Slam. Perhaps the only drawback is their performance in Cardiff, their 13-9 win over Wales opening the door to Ireland going into the final round.

But regardless of anything that has happened in the past, a win for France will see them lift the Six Nations for the first time in 12 years, a staggering statistic considering the talent pool in nation. Feels about time.