Damian Penaud returns to France line-up for encounter against England 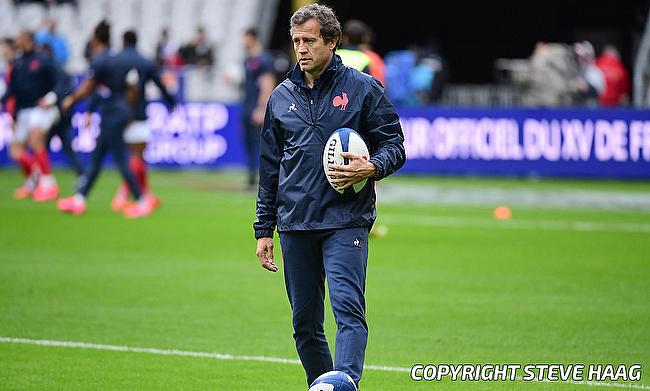 'In parts we have been brilliant' - George ahead of Six Nations finale against France
Sam Simmonds on creating an England ‘identity’ in attack ahead of France encounter
Dan Biggar felt 'frustrated, annoyed, disappointed' after Wales' defeat to France

France head coach Fabien Galthie has included wing Damian Penaud in the starting line up as they aim to clinch the Grand Slam in the final round clash against England on Saturday.

Penaud, who missed the game against Wales due to Covid-19 returns to the XV and starts at right wing and is the only change in the starting line up as Galthie has retained his faith on the side.

Antoine Dupont will continue to lead the side from scrum-half with Romain Ntamack at fly-half. Penaud is joined by Gabin Villiere at left wing while Gael Fickou and Jonathan Danty continue to be part of midfield.

Meanwhile, Yoram Moefana drops out of the matchday squad while Romain Taofifenua returns to the bench at the expense of Matthis Lebel.

France currently are at the top of the Six Nations with four wins from as many games and are now aiming for the first Six Nations title and a Grand Slam since 2010.