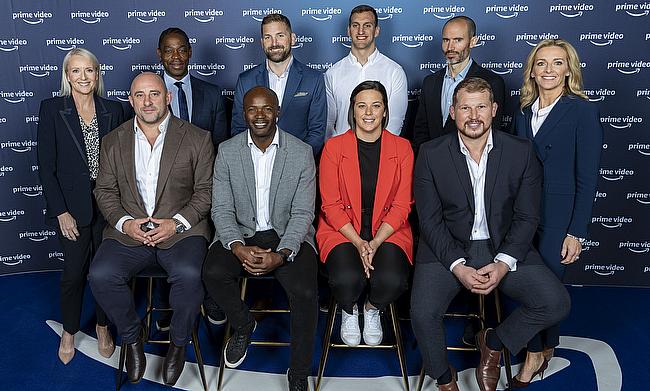 Dylan Hartley has backed Owen Farrell to lead England at the 2023 Rugby World Cup and feels the Saracens man and rising star Marcus Smith can form a formidable creative partnership.

In the summer, Farrell did not start for the British and Irish Lions in the first two Tests against South Africa and was axed for the deciding game by head coach Warren Gatland but despite that, Hartley feels his successor will have the confidence of Eddie Jones.

“He is your consummate professional in terms of how diligent he is, his training, his preparation. He adds so much on and off the field.

“Everyone has a life-span, but Owen is not at the end of his. I can’t see him not playing. At the moment, I don’t see any way he’s not (captain for the World Cup).

“Owen has credit in the bank with Eddie. His work isn’t unseen by Eddie, it’s unseen by us.

Owen Farrell speaks to his team after their quarter-final win against Australia at Rugby World Cup 2019 #RWC2019 pic.twitter.com/xhCOConxKJ

"Just because Marcus is playing so well doesn’t mean Owen is gone. I’d like to see them play together.”

Smith finished the 2020/21 Gallagher Premiership campaign as the leading points scorer with 286 as Quins clinched the title and the playmaker has seemingly picked up from where he let off after another stunning display against Bristol Bears last Friday.

The 22-year-old’s stock continues to rise after making his England debut in the summer before joining the Lions as a late call-up and there is a clamour for Smith to be Jones’ first choice fly-half in the autumn internationals next month.

“It would be really bold, a show of confidence and a show to everyone of how they want to take this team forward.

“It’s warranted. Marcus does all the silky, flash stuff that captures the Instagram reels and YouTube highlights, but his basics are really strong as well.

“He’s not scared. He’s physical. He makes his tackles. There are lots of fly-halves who throw the ball about, have that flair, but shy away from physicality. He doesn’t.

“Is he the future in that fly-half shirt? He is going to have to go through some hurt and some lessons in his international career. We can’t just expect him to go out there, score a hat-trick and kick all the points. There’s going to be some things where we all say, “Oh, he didn’t manage the game very well.”

Oh stop it! ??@MarcuSmith10 marks his return to @Harlequins with a phenomenal solo try ??

“All of this doesn’t mean Owen’s not in the team. I don’t think we should doom and scaremonger around Owen’s position.

“He’s played 10 and 12 and has shown he has the ability to play front foot, attacking rugby. He is only getting better, he is pretty well driven. Shiny things don’t motivate him, success does. People don’t see that.

“He loves rugby, he is a competitor, one of the best on the team-sheet on his day, and when he is not, he is still a hell of a competitor and player. There is no reason to change Owen Farrell.”

Both Farrell - who is just one cap short of his century for England and the Lions - and Smith seem to be ahead of George Ford in the pecking order after Jones left the Leicester Tiger out of last month’s short training camp.

On Monday, Jones is expected to announce the England squad for autumn international clashes against Tonga, Australia, and South Africa.