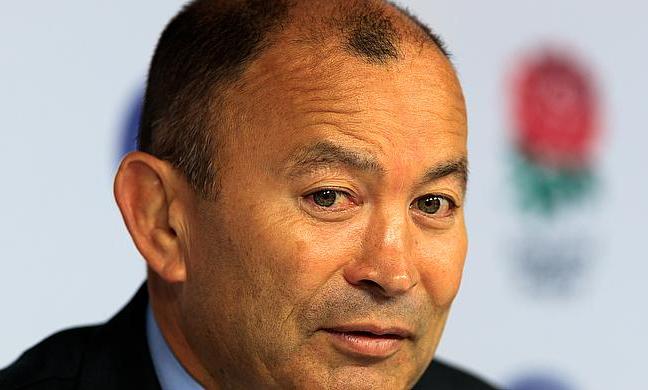 “Happy to take any questions or any advice on selection, on what I should have done, shouldn’t have done, I am all ears,” Eddie Jones said as he finished his opening statement on Tuesday.

Just 15 minutes after announcing his 45-man squad for a training camp that will take place from Sunday through to next Tuesday, the England head coach was on the chopping block again.

It has only been weeks since their summer campaign came to an end against Canada and the focus is already shifting to the autumn internationals.

Playing a string of fixtures against Tonga, Australia and South Africa at Twickenham, Jones has omitted a series of senior names as the 2023 World Cup starts to come into view. Billy Vunipola, Mako Vunipola and George Ford have all been regulars in a white shirt under the 61-year-old, but the trio have not made the cut this time around.

Jamie George and Elliot Daly have also been dropped from the squad, albeit the latter is still coming back from surgery following a taxing British and Irish Lions campaign. In England’s second city at the moment, Jones had some difficult conversations with some of his most relied upon players.

“I had a very uncomfortable day yesterday,” Jones said. “We are up here in Birmingham for a coaches conference and whilst the coaches were playing badminton, I was making calls to the players.

“Just think there is an opportunity for them to regroup and refocus and then challenge again. The door is still open.”

??? Eddie Jones has been speaking to the press after naming a training squad ??

Get a reminder of the 45 players that will gather this Sunday ?

Quickly, the decision to leave out Ford surfaced, whether that was online or on the Zoom call.

This was fuelled mainly by the No.10's impeccable performance in Leicester Tigers’ 34-19 win over Exeter Chiefs in their Gallaher Premiership opener, with Owen Farrell, Marcus Smith, George Furbank and Max Malins likely to be getting reps at fly-half.

More members from an extremely exciting Harlequins squad have been called into camp too. Sam Riley is one - the hooker having had a fine U20s Six Nations in Cardiff this year - and Jack Kenningham has also been included by Jones once again.

Meanwhile, Louis Lynagh gets his first opportunity with the senior squad following his sensational form last season and he did his chances no harm at all by scoring a brace of tries in Quins' 26-20 win over Newcastle on Sunday.

Jones made it clear that England are now in the final throes of squad development for the Rugby World Cup in two years' time, saying that he has "drawn a line in the sand" after this summer.

There are just two more Six Nations campaigns, two sets of autumn internationals and a summer tour between now and France 2023.

Like after the last Lions tour four years ago, players such as Sam Simmonds, Henry Slade, Jamie George and Tom Curry began making their cases for more consistent selection for England and contributed to taking their country to a World Cup final in 2019. Now, a revamped squad named by Jones will be hoping to do the same.

We have also entered the two-year countdown of the Australian's tenure with the national side. This is something that the divisive figure is more than aware of and leads him to be stimulated for the challenge ahead of him.

“It is the last chapter for me – last two years,” Jones said. “I have never been so excited in my life. I think the squad we have assembled is just the start. We have got five campaigns and each time we pick the squad, we want the squad to be a bit stronger.

“Next time we are going to have some of those Lions players that have been left out competing again at their best. The competition is going to be even hotter.

“Refereeing is starting to get a little bit more consistent around the breakdown which is allowing teams to play with a bit more freedom and space because the ball is quicker, and we want to take the game forward and be the best team in the world.”

“There have been a lot of highs and lows along the way so to just find myself in this position is a dream come true."

There has even been a serious amount of change to Jones’ coaching staff over the summer with Simon Amor leaving his role as attack coach, John Mitchell vacating the defence coach position and Jason Ryles resigning from his skills coach post.

The RFU have since bolstered the backroom with Richard Cockerill joining as a forwards coach to assist Matt Proudfoot, Anthony Seibold as defence coach and Martin Gleeson taking over from Amor as attack coach after leaving Wasps.

With new coaches and new players combining for the first time, there seems to be endless possibilities for England. The team’s attack has for so long been maligned, the primary question being whether or not players link up well enough, but Jones is hopeful of utilising the squad's best attributes.

“Once we have selected the final squad for the autumn, we will work out how to best use the strengths of the players and we will play the appropriate style to win.

“This notion about ‘you develop this style of play because you want to do it one way or the other’, it is nice television talk, but it is not the way the game is played. You play to the strengths of your players.”