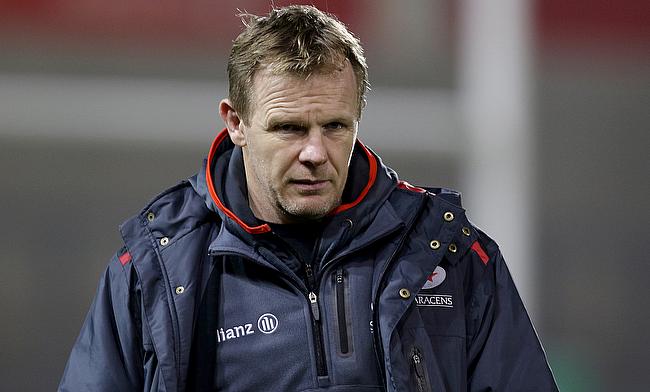 Mark McCall expressed confidence on Saracens trio of Jamie George, Mako Vunipola and Billy Vunipola to bounce back after they were omitted from England's training squad ahead of the autumn internationals.

As England coach Eddie Jones announced a 45-man provisional squad for the autumn series against Tonga, Australia and South Africa, George and Vunipola brothers' exclusion came as a shock as they were amongst the mainstay in the World Cup squad in 2019 that saw the red rose team reach the final.

While George and Mako were involved in the British and Irish Lions series, Billy also missed the summer series with England.

"Obviously for some of our players, it was disappointing. But knowing those players and knowing how motivated they are to play for England, I think Eddie wants to see a response and I'm sure you'll see that.

"We want them to play for their country.

"If this is a provisional squad, there's a proper squad going to be announced around October 8, so let's see what happens with that squad and see if anybody has the chance to catch Eddie's eye in between those two things.

"But Eddie knows the quality of those players, he's worked with them for a long time and if he sees what he hopes to see which is the hunger and drive which is necessary to play at that level then hopefully they've got the opportunity to get back into the squad."

Meanwhile, Saracens and England skipper Owen Farrell was dropped from the matchday 23 squad for the Lions' decider game against South Africa but McCall played down any concerns over the 30-year-old.

"We've got a very motivated - he always is motivated - and very hungry Owen Farrell back in the camp, which is a great thing," said McCall.

"He's the captain of our club. He did a great job for us at the end of last year to steer us in the right direction at the end of the Championship season, and he's champing at the bit to get back."