Durham tighten grip at the top after defeating Exeter 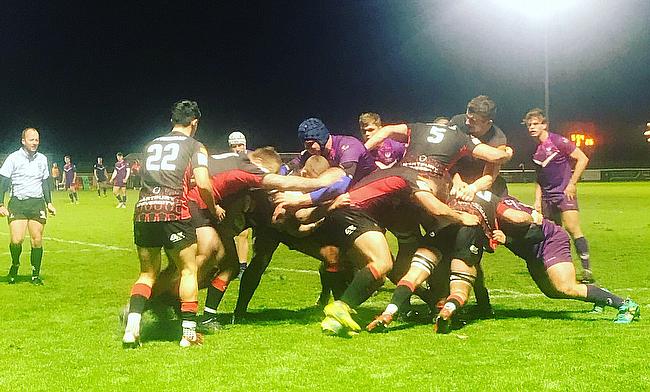 Grant focused on a return trip to Twickenham
Perfect six for Durham at the summit of BUCS Super Rugby
Exeter edge past Leeds Beckett to stay on top
Shanahan: 'Last year we lost too many lineouts and it cost us massively'

Durham University secured arguably their most significant victory of the season so far as they beat the University of Exeter in a top of the table clash.

Alex Keay’s side eventually pulled away from the domestic champions at Durham City Rugby Club and it means the Palatinate are now six points clear at the summit after seven straight wins.

Swansea University are on the same number of points as Exeter as they backed up last week’s derby day win over Cardiff with an excellent triumph away at bottom of the table Northumbria University.

Fourth-placed Leeds Beckett University were unable to keep pace with Swansea as they fell to a narrow loss at Cardiff Met University, whilst Loughborough University sprung the surprise of the round as they beat current BUCS Super Rugby champions Hartpury.

Elsewhere, there was a sense of déjà vu for the University of Bath as they secured another victory over Cardiff University.

Below is a more detailed review of the BUCS Super Rugby action plus, we delve into the Women’s National League and highlight some of our selected BUCS divisions.

Durham University’s sensational start to the BUCS Super Rugby campaign continued on Wednesday as they secured their seventh consecutive victory against domestic champions the University of Exeter.

This was billed as a top of the table clash and Alex Keay’s men were able to seal a 38-27 win in North-East to move six points clear at the summit.

The Palatinate led this entertaining contest 14-7 at the break, with Matt Reaney crossing for the hosts, but Matt Johnson added to Richard Capstick’s earlier try to make the game all square shortly after the interval.

Charlie Wilson’s effort saw the home side move in front once again, but the pendulum swung back in Exeter’s favour after a penalty from Harry Bazalgette and a try via Arthur Relton made it 24-21 to the visitors.

However, the North-East outfit went ahead on the hour and it was a lead that they would not surrender in the final quarter. Ben Fowles powered and following an exchange of penalties between the two sides, the hosts were awarded a penalty try which was enough to clinch the win and maintain Durham’s perfect record.

Swansea University are now level on points with second-placed Exeter as their fabulous beginning to life in BUCS Super Rugby continued. The Swans defeated bottom of the table Northumbria University 28-17 to secure their fifth win of the campaign, with scrum-half Tom Lucas scoring one of their four tries.

Cardiff Met University are up to fifth place in the BUCS Super Rugby standings following an excellent 25-19 win over Leeds Beckett University in atrocious weather conditions.

Director of Rugby Danny Milton admitted this was the Archers’ best performance of the season and their first-half tries from Brad Denty and Matt Marsh were both sensational scores.

Met were also awarded a penalty try in the opening 40 whilst Beckett’s points all came via influential scrum-half Connor Lloyd. The Yorkshire outfit did have chances to snatch the win in Wales, but inaccuracies at the line-out, and with the boot, proved costly as Kerry Wood’s side had to settle for a losing bonus-point.

Loughborough University recorded their first win (33-22) in just under month and did so against reigning BUCS Super Rugby champions Hartpury University. Rhys Edwards’ side conceded two early tries scored by Nathan Chamberlain and Cole Swannack, but they recovered to level things up at the break.

After the restart, the Midlands club went over on three more occasions to wrap up an excellent win in Gloucestershire whilst Hartpury slumped to back-to-back defeats.

The University of Bath did the double over Cardiff University to pick up only their second win of the campaign. The Blue and Golds, whose squad included five Bath Rugby academy players, backed up their recent 52-15 victory at the Rec by defeating Cardiff 38-21 in the Welsh capital.

Bath’s power up front proved to be the difference and last year’s semi-finalists will now be hoping this triumph can ignite their campaign.

It is five wins from five for the University of Edinburgh as they narrowly beat Hartpury 17-15 in Gloucestershire. The league leaders still have their 100 per cent record intact, but second-placed Durham University are keeping the Scottish outfit in their sights thanks to an excellent win over the University of Exeter.

After suffering a 30-26 defeat in last year’s Twickenham final against the Green and Whites, Durham exacted their revenge by securing a 42-31 win. Jess Cooksey, Chloe Broom and Sophie Shams scored tries for the North-East club, who have now won three of their last four matches.

It was a clean sweep for the top three sides in the division as Cardiff Met thrashed Northumbria University 54-12 away from home. The Archers have now won three on the spin and with Edinburgh and Durham set to play one another next week, Met may well be able to edge closer to top spot.

Nottingham Trent University have moved eight points clear at the top of Men’s Premier 1 – North after a convincing 47-15 win over Loughborough 2nds. Trent scored six tries in the Midlands to secure their sixth victory of the campaign and added to this, city rivals the University of Nottingham are no longer their nearest challengers in the division.

Nottingham were beaten 33-24 by the University of Birmingham, who have moved into the silver medal spot following a third successive win.

Newcastle University were unable to profit from Nottingham’s mishap as they lost 34-31 against Durham 2nds in an all North-East affair whilst bottom of the table Leeds University recorded their first win of the season at the sixth attempt as they beat the University of Edinburgh 24-20.

In the south, table toppers Hartpury 2nds were not in action this week but second-placed Exeter 2nds were able to close the gap at the summit to three points after a 41-27 triumph over the University of Bristol.

It is now three wins on the spin for Exeter whilst Cardiff Met 2nds picked up their second victory of the term as they hammered Bath 2nds 65-19 away from home. Near neighbours Cardiff 2nds couldn’t follow suit as they lost 38-24 to St Mary’s University, who not only secured their maiden victory in this division, but they are also off the bottom of the table after ending a five-match losing run.

After a week away from the action, the University of Sheffield opened their account for November with a 29-12 victory over Strathclyde.

Strong Manchester University Derby win last night finishing 36-0 and a bonus point too.
Thanks to all the parents who attended, students and staff.

The Premier 2 - North league leaders are six points clear of second-placed Leeds Beckett 2nds, who didn’t play on Wednesday, but Manchester Met might well be back in the hunt for top spot. Their 36-0 derby day victory over the University of Manchester now leaves Rob Jones’ side just one point behind Beckett.

In Premier 2 South, Hartpury 3rds moved to the top of table after they brushed aside Brighton 44-19. They have dislodged old foes Exeter 3rds, who weren’t in action this week, at the summit and the Devonshire outfit are now two points behind, but they do have a game in hand.

Third-placed Reading University have moved to within five points of the top two after a 19-11 win over bottom of the table the University of Gloucestershire. It is now three straight league wins for the Knights are who enjoying their campaign at this level whilst elsewhere, UWE clinched their second victory of the campaign as they beat the University of Portsmouth 59-5 in Bristol.