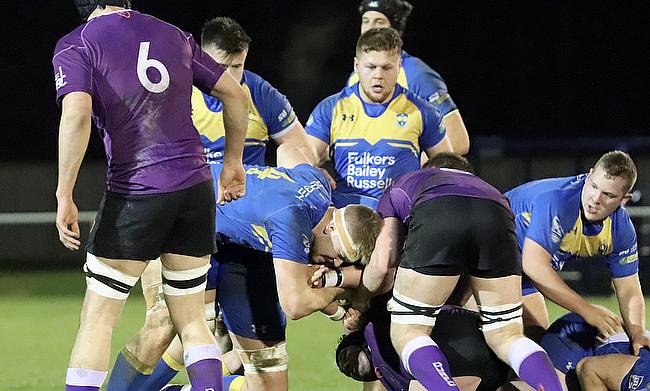 After their win over Bath, Durham are now eight points clear at the top of the table
©Bryn Vaile for Matchtight

Durham beat Leeds Beckett to stay top
University of Bath’s Aaron James - 'It's great to be part of a pretty good story'
Jack the lad: Owlett buzzing as he aims to impress at Wasps in 2020
Hugo Stiles: Former BUCS Super Rugby star on life in Hong Kong

BUCS Super Rugby leaders Durham maintained their good post-Christmas form with yet another win. Beating the University of Bath 38-0 in Somerset, Exeter moved to second in the league after a last-minute winner over Cardiff secured them five points.

With just three more rounds of BUCS Super Rugby to go, the knock-out rounds just around the corner, things are really heating up at the summit of the table.

Durham didn’t flinch against Bath. With a 14-0 lead by the end of the first half, the sides’ forward pack really put their opposite numbers to work, driving a maul across the whitewash in the opening stages. Scoring 24 more unanswered points in the second half, the north-easterners would have enjoyed a pretty jubilant coach journey home.

It was Leeds Beckett’s form in the second half of last season propelled them to the showpiece final at Twickenham. Losing out to their hosts that day, Beckett took the opportunity to scythe the three-time champions down in Gloucesterrshire yesterday.

A tight affair throughout, Leeds scored and converted two tries, holding their hosts to just a converted try and a penalty, but this was not enough to keep their noses ahead of an Exeter side who beat Cardiff 32-29.

Like last season, Cardiff have proved tricky to overcome, their ninth place standing in the league table doing them no justice whatsoever. It took tries from Exeter’s Charlie Wright, Will Yarnell and a last-minute penalty from Harry Bazalgette to secure the winning bonus point victory.

The final BUCS Super Rugby fixture of Wednesday saw Swansea host near neighbours Cardiff Met. After his impassioned speech on the pitch after their 20-10 victory over Exeter last week, Danny Milton’s side didn’t skip a beat, overcoming Swansea 16-11.

There were difficult conditions in South Wales, with the score line only standing at 3-6 when the half-time whistle blew. Swansea did take the lead in the second half, a try from Max Nagy and a penalty giving them a five-point cushion. It would not prove enough and although Met could not convert their winning try, they managed the end of the game well to take four points home.