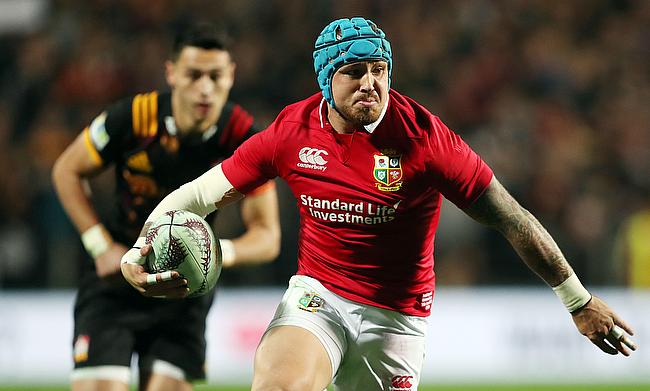 The British and Irish Lions secured an utterly convincing victory over the Chiefs yesterday.

The Lions scored 4 tries to 0, running out 34-­-6 winners in a rather one-­-sided affair. The Lions used a brilliant power game to nullify their opponents in Hamilton in excellent on-­-field conditions on Tuesday night. This was the Lions’ best game, as they scored 4 well-­-orchestrated tries, taking full advantage of their numerical advantage after Brown was yellow-­-carded.

NZ Herald -­ ‘Tourists are becoming increasingly hard watch’
Ironically, the NZ Herald led with the headline, ‘Tourists are becoming increasingly hard watch’. As a neutral, I found the game to be quite enjoyable. The Lions smothered a rather blunt Chiefs’ attack, using an organised and physical press defence. This Lions midweek team had something to prove, and that they certainly did that. The Chiefs were made to look rather ordinary with many of their front line players missing. The Chiefs were outclassed by a more physical, more organised and more willing B&I Lions team. Once the Chiefs had been outmuscled, the Lions even spread the ball, scoring two very good tries. The Lions scored a brilliant break-­-out try from their own 22. Initially they went left, exploiting an overlap. Once they were brought down just outside the Chiefs’ 22, they spread it back to their right where Jack Nowell bust the line once more in the outside channels for a cracking score. This was certainly not hard to watch, commentator Tony Johnson didn’t seem to share this sentiment either.

I was astounded by this headline and article as New Zealand teams can be dreadfully cynical at times and ‘cheat’ to avoid tries being scored against them. The Chiefs are notorious for giving away penalties in the ‘red-­-zone’ when tries are inevitable. This was never more apparent than a beautifully structured rolling maul that was brought down by Mitchell Brown in absolute desperation. Brown had absolutely no intention of being on-­-sides, he deliberately entered the charging maul in the side, trying to give away 3 points instead of 7. This is the type of action that makes our game ‘dull’. Cynical teams that kill ball at all costs in the red-­-zone corrupt our game. Referee Roman Garces was left with little option but to award the Lions a penalty try and send Brown to the sin bin.  This is the second penalty try conceded in two games by the New Zealand opposition. Perhaps a more appropriate headline should have read, “Cynical Chiefs Kill Lions’ Attack” or “Dreadful Maori Scrum Degenerates Contest”.

Do New Zealand Find Losing Boring?
One gets the feeling that what New Zealand really finds boring is losing. New Zealand’s media are whinging about a style that enabled the B&I Lions to win by a margin of 28 points. Why should the Lions have to play the same as New Zealand teams for it to be attractive? It would have been totally irrational for the Lions to play a loose and open game when they had such obvious physical dominance. it can be assumed that the absolute shambles that was the Wellington 7s this year , was because of the All Black Sevens team’s inability to be competitive. Do New Zealand fans only support their winning teams?

I would suggest that any scribe that did not like yesterday’s performance consider Rugby League as an alternative. In Rugby League there is less kicking, less strategy and no mauling, and leave Rugby Union for the purists. This is the very beauty of Rugby Union. There are contrasting styles, patterns and methods that can win a fixture. This is a game created for all sizes, an inclusive game where diversity should be embraced.
This hubris may just be the ideal motivation for the B&I Lions on Saturday.
@wadesgotit